Now an esteemed journalist in the Italian fashion landscape, Mancinelli first put pen to paper in 1985, stepping in as the only male fashion critic in the Italian editorial world of the 1980s. In what now seems a bygone era of passé communication methods, the critic represented the dominant voice of fashion commentary, the connecting authority between the inner workings of the industry and its avid readership. It was in this pre-social media environment that Mancinelli found an effective way of discussing fashion, closely following societal changes and adapting to wavering support for printed media.

Yet today, new voices cloud our cultural landscape – from bloggers to influencers – making fashion readily accessible for both quick consumption and personal judgment. In this era of ‘new’ journalism and over-produced content, what information is worthy of coverage? Responding to evident shifts in authoritative voices, Mancinelli’s lecture tackled questions surrounding the evolution of fashion criticism, addressing what words remain essential when covering fashion shows, design and overall production. 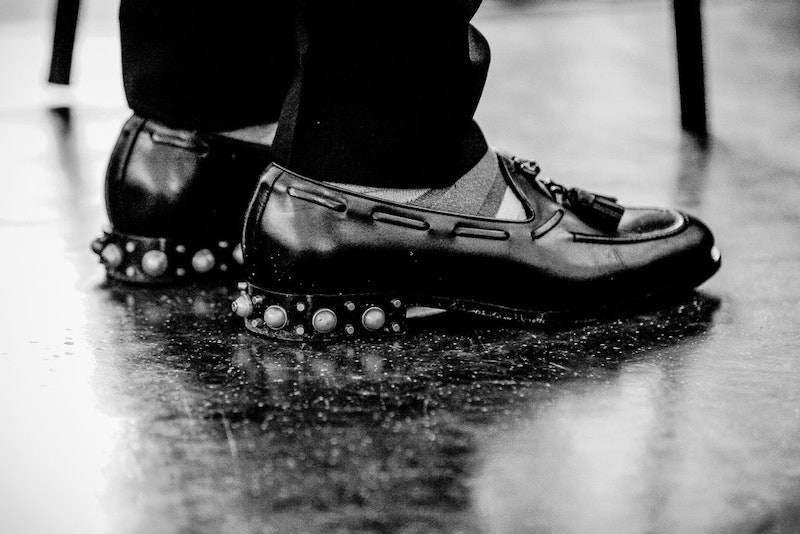 To be a fashion critic, it means to interpret society through clothes, and for this reason we have to clearly know what’s happening in the world around us; we have very important ethical duties. I belong to a generation in which my first boss said, go see the shows, but don’t be recognizable, because even in our opinions we have an ethical duty […] Having an informed and critical point of view – and voicing it through the correct channels – is exactly what we needed in this cacophonic world of opinions right now. And with the rise of fake news of the politically motivated kind and of just plain inaccurate iteration, I think that the worth of more traditionally minded critics (distinct from advertising), is more valuable than ever.

Antonio Mancinelli, Senior Editor of Marie Claire Italia, began his journalistic career penning pieces for Italian and international magazines and newspapers, the likes of Corriere della Sera and Vogue Italia. As a writer and communicator, he extends his expertise to the role of visiting professor at both Italian and foreign universities, including the Politecnico and Statale in Milan, IUAV in Venice, LUISS in Rome and Polimoda in Florence. He has published several books and monographs, including Moda! and Fashion Box, and has written essays for exhibition catalogs related to fashion and art. His most recent work includes an essay for the exhibition Italiana. Italy Through the Lens of Fashion 1971-2001.