As the 93rd edition of Pitti Uomo hit Florence with a rush of international crowds and hyped-up frenzy, on the morning of January 10th GQ editor-in-chief and chair of London Collections Men Dylan Jones sat down in Polimoda’s Aula Magna before the Polimoda Rendez-Vous audience, joined by designer and Polimoda mentor Keanan Duffty, who acted …

As the 93rd edition of Pitti Uomo hit Florence with a rush of international crowds and hyped-up frenzy, on the morning of January 10th GQ editor-in-chief and chair of London Collections Men Dylan Jones sat down in Polimoda’s Aula Magna before the Polimoda Rendez-Vous audience, joined by designer and Polimoda mentor Keanan Duffty, who acted as moderator for the occasion.

On how it all came into being

After attending a foundation course at Chelsea School of Art and specializing in graphic design and photography at Central Saint Martins, Jones took a two-year head-dive into the London nightclub scene.

“I became a layabout and a terrible photographer. Basically my day consisted in getting up as late as possible, watching Channel4 television and then going to the chip shop to get some entry level food and then I’d head over to the club. I was also a film extra for a while – I shoot down Roger Moore’s plane in the 007 movie Octopussy and was in a very bad David Bowie vampire movie. Then I got a call from friend of mine who was taking pictures for I-D magazine and needed someone to go and interview the people he was photographing. So I did it, typed it up on an old remington typewriter and sent it in… about a week later I got a call from Terry Jones, the founder of I-D, who offered me a position at the paper. As soon as I got started I knew there was nothing else I wanted to, so I grew up and learned everything on the job. We were young, arrogant and smug and we really thought what we were doing was special and that there was so much more to it than just a glossy surface. It was a genuine development of culture.”

1980 is considered year zero when it comes to the birth of style magazines in the UK. This mushrooming growth of fashion publications spurred the birth of a new generation and defined a decade of style. Not only did magazines mirror the culture – they actually became it. I-D, born in an attic in the suburbs of London, gradually became an exciting, eccentric and disruptive fashion magazine and was actually the first ever periodical to document streetstyle and set off this new trend in fashion photography.

“There’s an overkill of street photography now – actually, there’s an overkill of everything. In those days it was all about exclusivity, even though we pretended to be inclusive. We were media: we were all about taking you and telling the world about you. Only we had that power. These days everyone is media, everything is media, every flat service is media and every phone is media. It is both tremendous and appalling but that is where we are and culture develops through that and because of it. The obvious danger of this fast-paced technical evolution is that we are so caught up in technology that we do things just because we can. I think you have to check yourself every now and again, step off the track and take a good hard look at what you’re doing because this continuous bombardment sometimes seems relentless, diffuse and meaningless.” 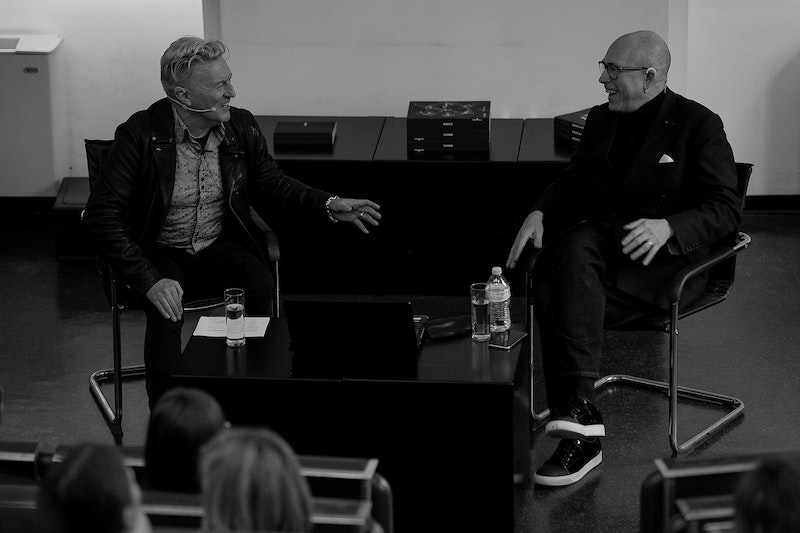 Over the course of the conversation, Keanan Duffty and Dylan Jones, who met at the beginning of the 80s, dusted off doubts on whether, in retrospect, the emergence of ‘lad culture’ in British media represented the downfall of quality journalism and set the tone for some of today’s most talked-about topics – sexism and gender issues in media.

“Lad culture was and will always be wrong. For my sins, I think I was the first editor to put the image of a woman on the cover of a magazine, in 1991 when I was working for Arena. But yeah, lad culture started off as a genuine cultural blip, born amidst the rise of brit-pop and the emergence of new British artists the likes of Tracey Emin and Damien Hirst. It was all about being fun, drunk and loud with a bit of cultural appropriation of working class culture. But it quickly became a quite reductive genre in media and “lad culture” magazines ended up being all about sex, some of them actually became pornographic to survive. It surely was a left turn and there are remnants. For example, when I inherited GQ it still echoed this heritage somewhat – at board meetings people actually questioned if it was a good idea to put a man on the cover of the magazine! But objectifying men and women has changed completely and I took it upon myself to invert the tendency and inject real journalism into lifestyle magazines.” 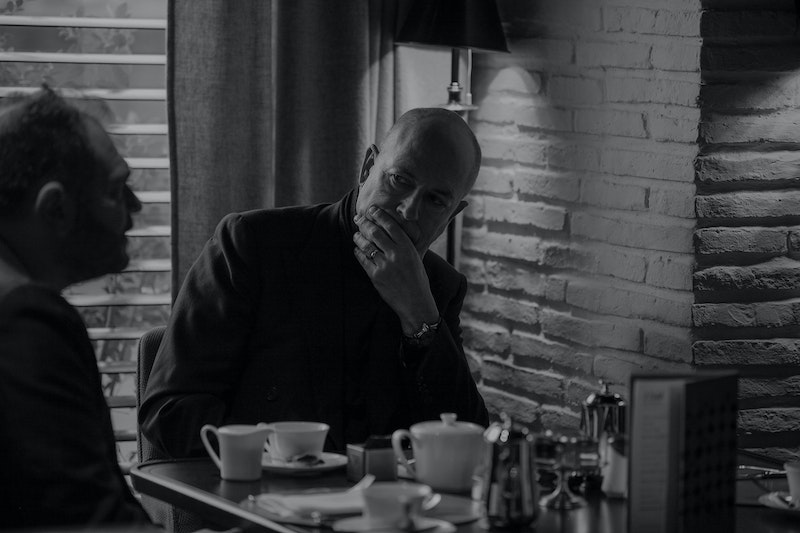 On print and digital media

When asked whether he believes that print media is doomed to disappear, Dylan Jones offered an unflinching analysis.

“Print is dying but it is also changing and mutating. As a legacy publisher, content is at the core of everything we do and it is expensive, well-commissioned, well-edited and well-displayed content and that is never going to die, whatever form it’s in. Luckily, print media is still very powerful in the Luxury Goods and Hollywood industry, magazine covers and full-blown two page spreads are highly coveted.”

There is this assumption that journalism is dying with print and that everyone is going into copywriting and branded content but the truth is we need journalists now more than ever before.

“It is tougher to make it but the good ones earn a lot of money and are vital. Trust respected journalists and read the news – it’s the only way to keep on top of things.”

Fresh of the media spotlight garnered by his recent book release, Dylan Jones went over his run-ins with social media.

“I don’t like Twitter, it forces you to have opinions and is very aggressive – it’s a potential forum for constant argument. Sure, it is important to be opinionated, we don’t want to live in an anodyne world. However, what’s the point of filling up airspace with a vapid opinion on something I barely know about just because I can? In-depth knowledge is fundamental. I like Instagram; it is a far more benign and controllable form of marketing. If I wasn’t working in the media I probably wouldn’t use social media at all – I find it kind of intrusive and there is no government in the wild world of digital marketing that has a tendency to exploit copyright and spread like wildfire. However, you need connectivity and context if you want to get through to a younger audience or you are bound to die with your readership. Social media was supposed to make the fashion industry simple – instead it has become far more complex. Brand identity requires ironclad coherence in order to work across platforms. Then there is the appalling FOMO effect that Instagram creates on a wider deeper sociological level; but if you consider the visibility it has brought to small designers and manufacturers there are more interesting things happening in fashion than ever before. In some respects, social media has created as many problems as solutions but given people a lot of freedom and opportunity.” 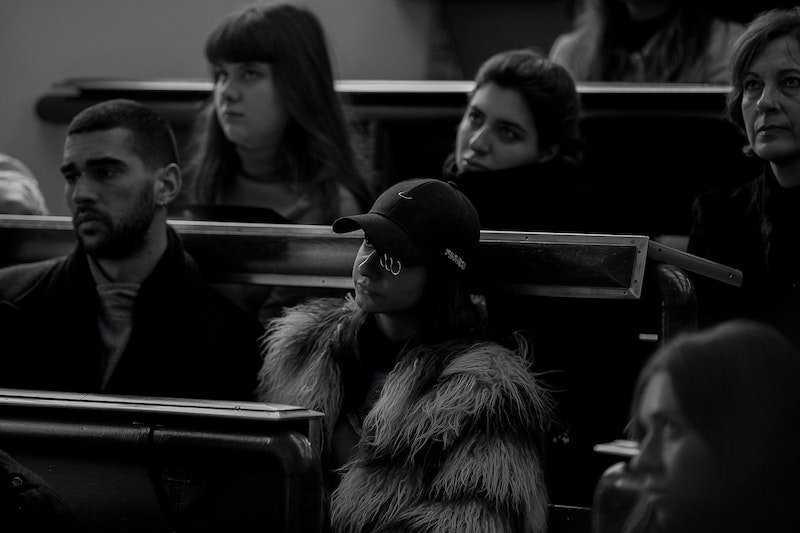 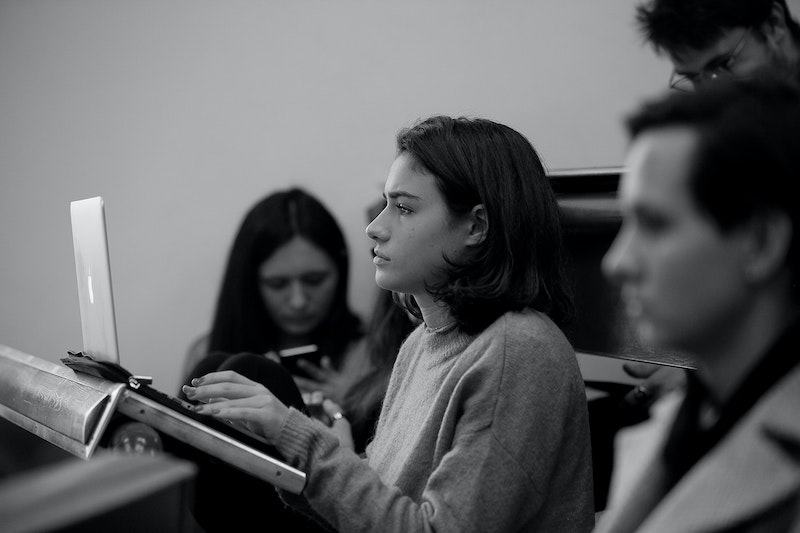 On education, icons and creativity

Dylan Jones’ biography David Bowie: A Life came out in bookstores in 2017 and covers the life of one of music’s greatest icons. When people ask Mr Jones whether there will ever be another Bowie, his view on things is both barren and optimistic.

“Someone will come along – I have no idea who it will be. It’s wrong to look at the David Bowie template – there will never be another one like him. If you look at people who are touched with genius, they rarely are similar. The book is not a hagiography, by any stretch of the imagination, there is a lot of darkness. He was a very expedient, complicated man and had a huge ego. However, even though I came to the book as a fan, thinking that Bowie was fundamentally a good person I left the book thinking that he was an even better person. I am in the lucky position to be able to write about something because I want to and luckily my opinions seem to fit the outlets – I can choose what to write and when to write it and it’s something you should never take for granted. Having creative freedom is important, it really is. You are now in an environment where you can learn different techniques and ideas, become selective, foster your creativity. I wasted my student days being wasted – but I have always tried to do as many things as I could throughout my career, to hone in on that creative spark. I recommend trying to be your own boss, or at least to get as close to the top as you can.”

Dylan Jones’ pioneering penmanship and intuitive journalism has left an ever-lasting mark on both British and international pop culture, as some of the most interesting transformations in media and publishing bear his signature. His words and ideas have been able to transcend the paper/pixel medium and, for this reason, they will remain. 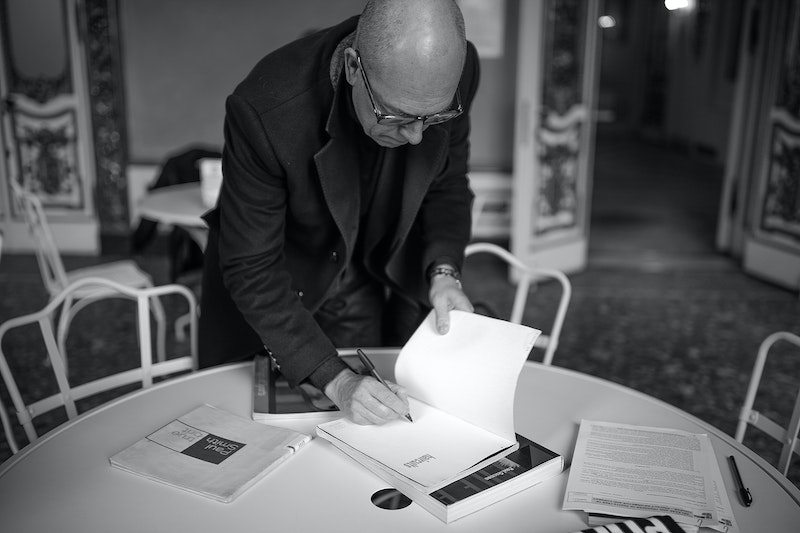