Towards a new era: onward and upward

Fashion weeks offer moments to leave our computers at home and reflect on our job in fashion. It is increasingly important for us to understand the different facets of our role and not merely judge the aesthetics or the impact of the show on our brain. Journalists have the difficult task of not falling in …

Fashion weeks offer moments to leave our computers at home and reflect on our job in fashion. It is increasingly important for us to understand the different facets of our role and not merely judge the aesthetics or the impact of the show on our brain. Journalists have the difficult task of not falling in the trap of commenting the message of the mood board reflecting a story of political turmoil or instability and fear. 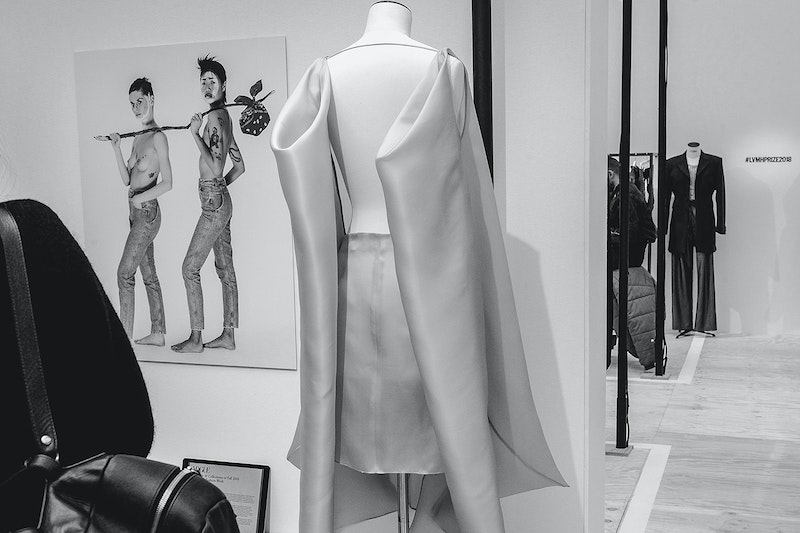 Personally speaking, I can allow myself to be spontaneous in my comments or when questioning myself about the comments of others. In the LVMH prize selection, which is my fifth experience, I was tasked with selecting eight designers out of a group of twenty proposed by LVMH and I took the time to deepen the conversation with the designers and question them about their work. They appreciated the time I dedicated to this dialogue and the fact that I take my responsibility as judge very seriously; but of course when Anna Wintour flutters by or Karl Lagerfeld speaks to them and Carine Roitfeld shows interest they fall in love with the glam and the glitter of the business of fashion. 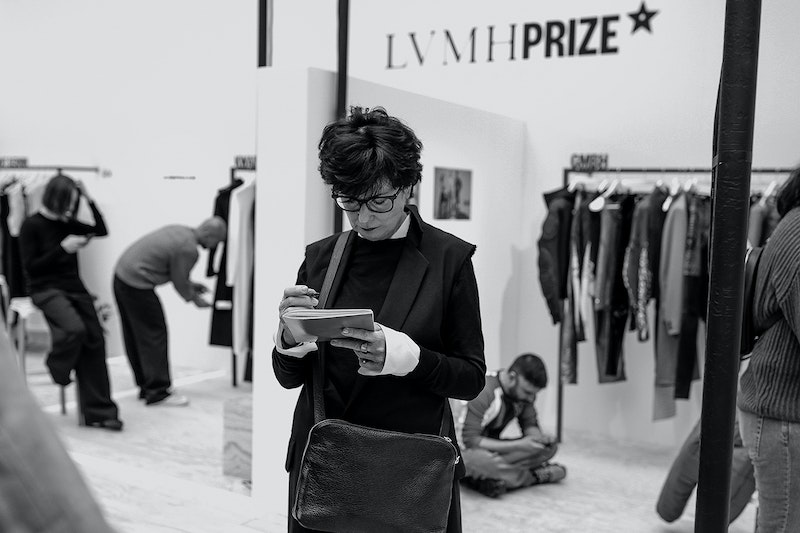 During fashion week, a lot was and still is said about the nomination of Riccardo Tisci at Burberry. A lot of gossip, if I may say, was directed at Céline and on which pieces should be salvaged before Hedi Slimane turns the brand into a punk label, starting from Haute Couture to pre-fall to branded accessories and what more in order to elevate Céline to become another core brand of the LVMH company. Another heated topic of discussion was the appropriation of Vetements and the copying of Maison Martin Margiela’s heritage by Demna Gvasalia – even the legendary tabi boots!

As it was freezing cold, waiting outside the venues was difficult at times and, again, you could not help but ask yourself whether accepting this kind of negligence from press agents and organizers is actually worth it. However, if you think about it, sometimes it is interesting to observe photographers as they take pictures of the overdressed fashion lovers, stars, bloggers and fashion addicts suffering in their summer outfits just to be in the picture.

This time my curiosity overcame my vanity-driven urge to be at a particular show such as Balenciaga. Instead, I chose to admire the work of more interesting designers such as Yun Takahashi for Undercover. I was rewarded with a fresh and emotional moment of tenderness, simplicity, darkness and mystery. We all interpreted the show differently but we all agreed on the fact that we were emotionally touched by the simplicity of the silhouette, the soundtrack going from Paul Anka to David Bowie, talking about generations passing by and Yun’s reflections on some dark moments in today’s history, including the ongoing spree of gun violence and school killings. 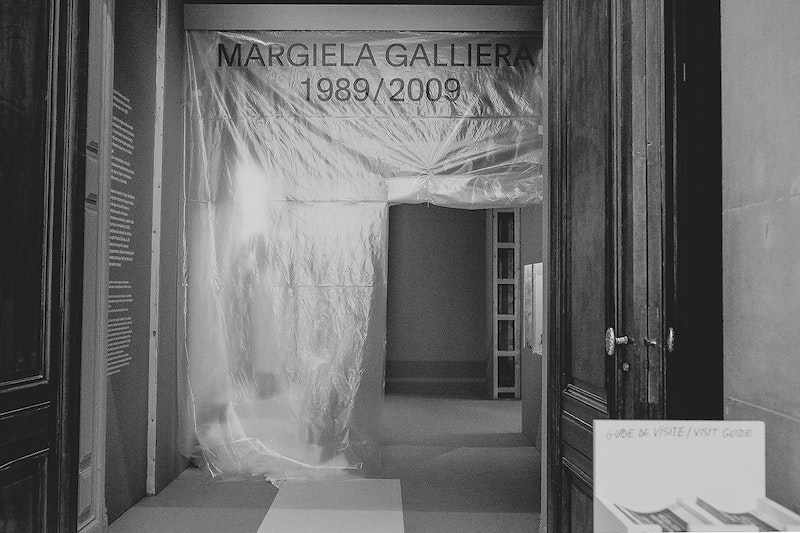 I missed a Rick Owens show, spending many hours at the opening ‘vernissage’ of the Margiela exhibition at Palais Galliera. The exhibition is so special: Martin himself took the time to curate every detail, every silhouette, and every accessory. It was so authentic, a very special ‘moment’ because we were all present, make-up artists, designers such as Jean-Paul Gaultier who knew Martin from previous collaborations, but also models, friends who showed for him, collected his garments, and many groupies such as myself. I was a great fan of his clothes – they fit my body and soul and the mood I was in, namely a provocative attitude aimed at intriguing others and attracting the eye of those critics who were not yet prepared to accept an unfinished seam on a woman like me. 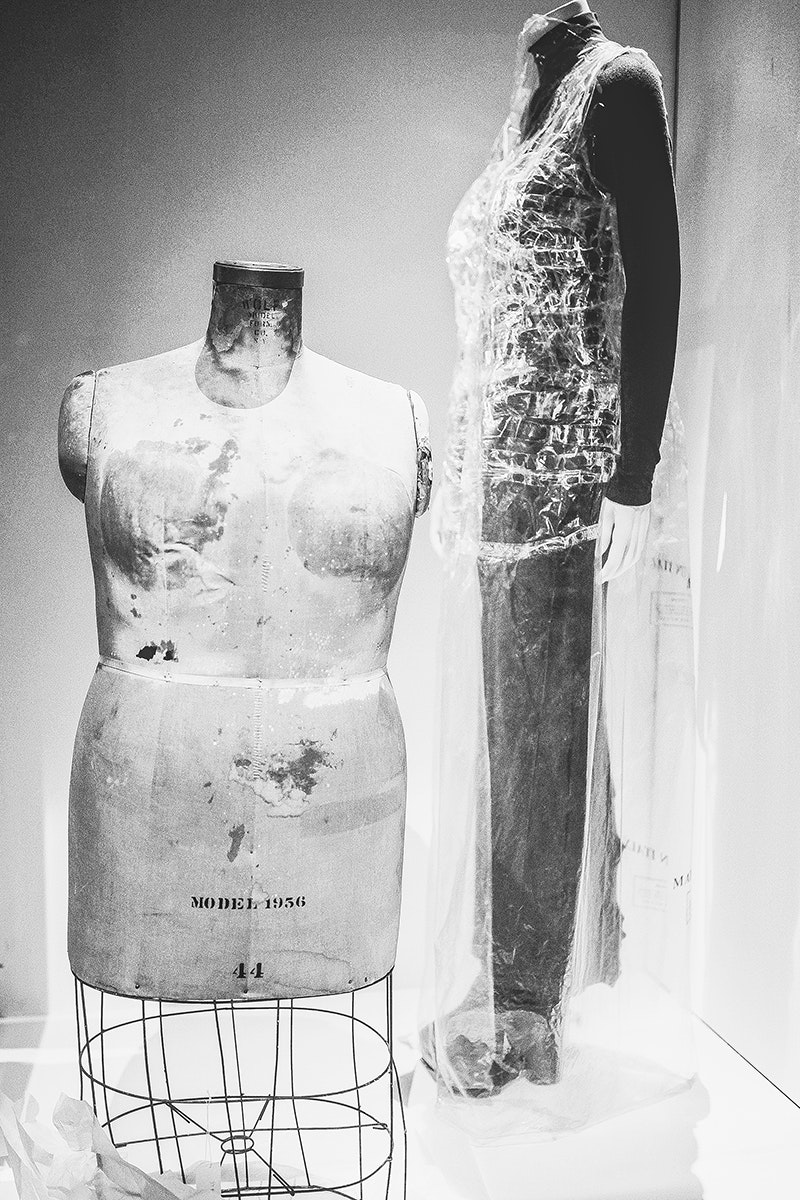 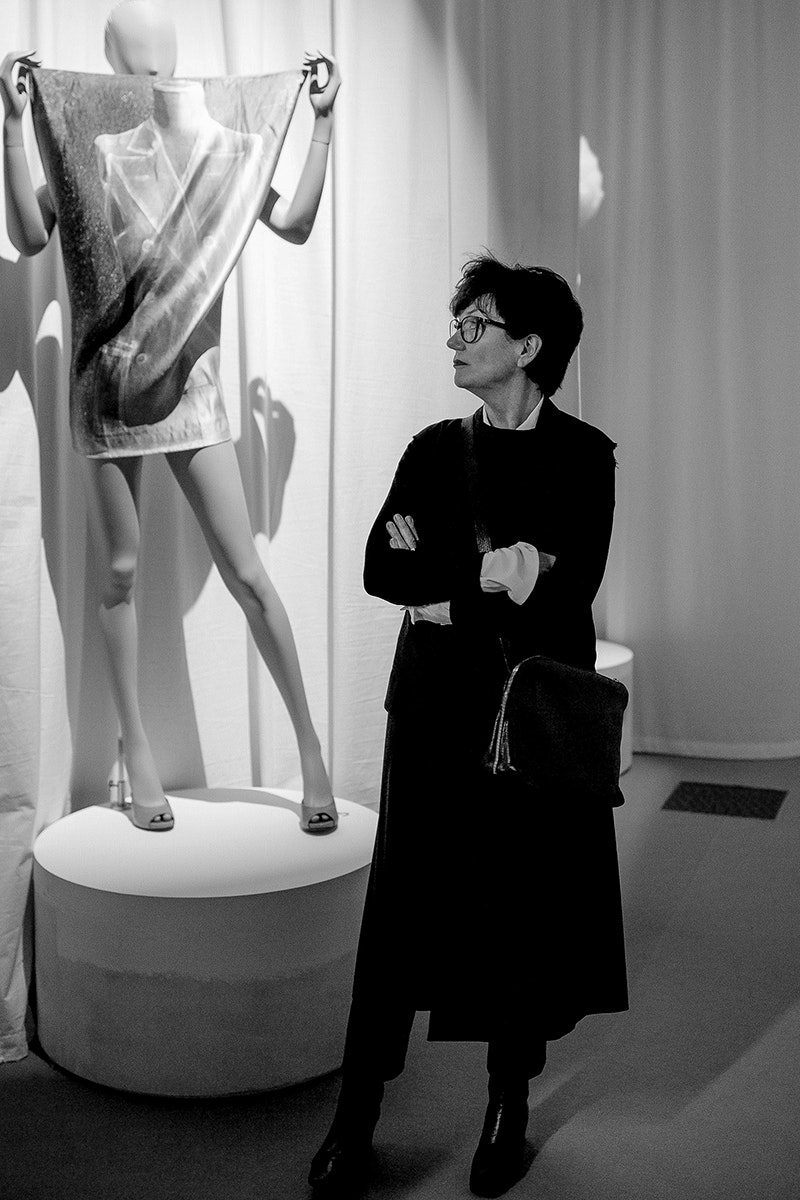 Finally, a few shows gave me an answer on my search for the sublimation of feminine beauty and elegance. The first was a good Haider Ackermann show with more accessible silhouettes, good tailoring, and, of course, a great soundtrack on the notes of “…it would be nice to disappear for a while in the mist…” – probably another hint to negative political situations or aggressiveness that is in the air. The Poiret show – organised by CEO Anne Chapelle and the South Korean investor Shinsegae with designs by Yiqing Yin – turned out to be quite surprising. The venue, the vast nave of the Musée des Arts Décoratifs in Paris, Rue de Rivoli, was promisingly lighted and curated as monsieur Poiret was familiar with this environment and managed to fully grasp that certain Parisian flavour. I loved each silhouette and thought it was a very promising debut. Sometimes technology does not do justice to fashion – on a two-dimensional screen the same femininity of the dress caressing the female body could not be perceived – therefore I realize how extremely privileged I am to be able to attend the shows and see the fabric and shapes in real action. My week came to a close with Valentino’s super luxurious silhouette, colors and glamour. Creative Director Pier Paolo Piccioli is so confident, he managed to edit the show down to the most iconic pieces he had in mind. Bravo, editing is so important when communicating the concept of beauty as a message for the future.

I must acknowledge three shows that caught my eye, for different reasons. First, Dries Van Noten confirmed his increasingly established status as one of the great designers, displaying astounding prints and beautiful black simple coats. Secondly, Ann Demeulemeester’s collection accentuated the waist with great belts falling like pieces of fabric around the body. Finally, I have to mention Uma Wang for her ongoing and captivating search and use of innovative fabrics that has unfortunately overruled her identity and lacks a contemporary silhouette.

I conclude this report by questioning the new silhouette designers had in mind for Fall 2018. Tim Blanks sublimated the bourgeois woman photographed by Helmut Newton in the 80s silhouette seen in many womenswear collections designed by men. The BoF top 10 shows of the season definitely included this kind of aesthetics. Luckily, I agreed on Undercover and Gucci, as they represented the sublime iconography and hybridisation of the human, which was a recurring theme for Polimoda during the IFFTI conference in 2015. I am less convinced by BOF’s inclusion of chaotic composed silhouettes and conservative collections such as Sacai, Alexander McQueen, Versace, Erdem and Coach.