The poetic reactivation of Gucci

Within the landscape of luxury fashion, there are more brands than ever, each vying for our attention and purchasing power. This means that creative decision-making by luxury brands is essential for them to find non-standard solutions to challenges and to stand out during fashion weeks, in store and online. Undoubtedly the best example of a …

Within the landscape of luxury fashion, there are more brands than ever, each vying for our attention and purchasing power. This means that creative decision-making by luxury brands is essential for them to find non-standard solutions to challenges and to stand out during fashion weeks, in store and online. Undoubtedly the best example of a luxury house making daring choices is Gucci.

At the end of 2014, Gucci was losing market share. In January 2015, Marco Bizzarri took the helm of the brand, and as President and CEO one of his very first strategic decisions was the appointment of Gucci’s new Creative Director, Alessandro Michele. This was an unexpected choice. With Marco Bizzarri and Alessandro Michele in charge of the Florentine brand, Gucci entered a new chapter in its illustrious history.

In a very short period of time, thanks to the savvy of Bizzarri’s guidance in strategic and management matters and Michele’s new contemporary vision, the brand has achieved remarkable goals, making Gucci, without doubt, the most talked about and admired luxury fashion brand in the world today.

With his daring decision-making at the core of this shift, alongside a sensitivity to the needs of designers in order for them to flourish, Marco Bizzarri is an expert in creative management. On Monday 13th February 2017, he came to visit Polimoda to give a presentation on Gucci’s reinvention.

Here is an extract from his inspiring guest lecture, given to Polimoda’s student body.

I’m very happy and proud to be here at one of the top ten fashion schools in the world, especially as it is in Florence, where Gucci was born many years ago.

Let me begin by giving you some history.

When Tom Ford and Domenico De Sole took the reins of the company some years ago, Gucci was going bankrupt. However, as we all know, they were able to revamp the brand and its values. They understood the capability of this company to react, to be flexible. This is something we need to understand and maintain at Gucci today. And I believe that we have shown in the recent past, during the time I have had the opportunity to manage the brand – together with Alessandro Michele –, that for a company of such scale, we still have the capacity to be reactive.

We have effected a major change in just two years. That is quite impressive for a brand like Gucci, a 4.3 billion Euro brand with 11,000 employees. It is a big, big brand. It is my belief that if we can do that – bring about this sort of change in such a short period of time – that means that anything is possible. So, when people tell you that ‘you cannot do that’, don’t believe them! 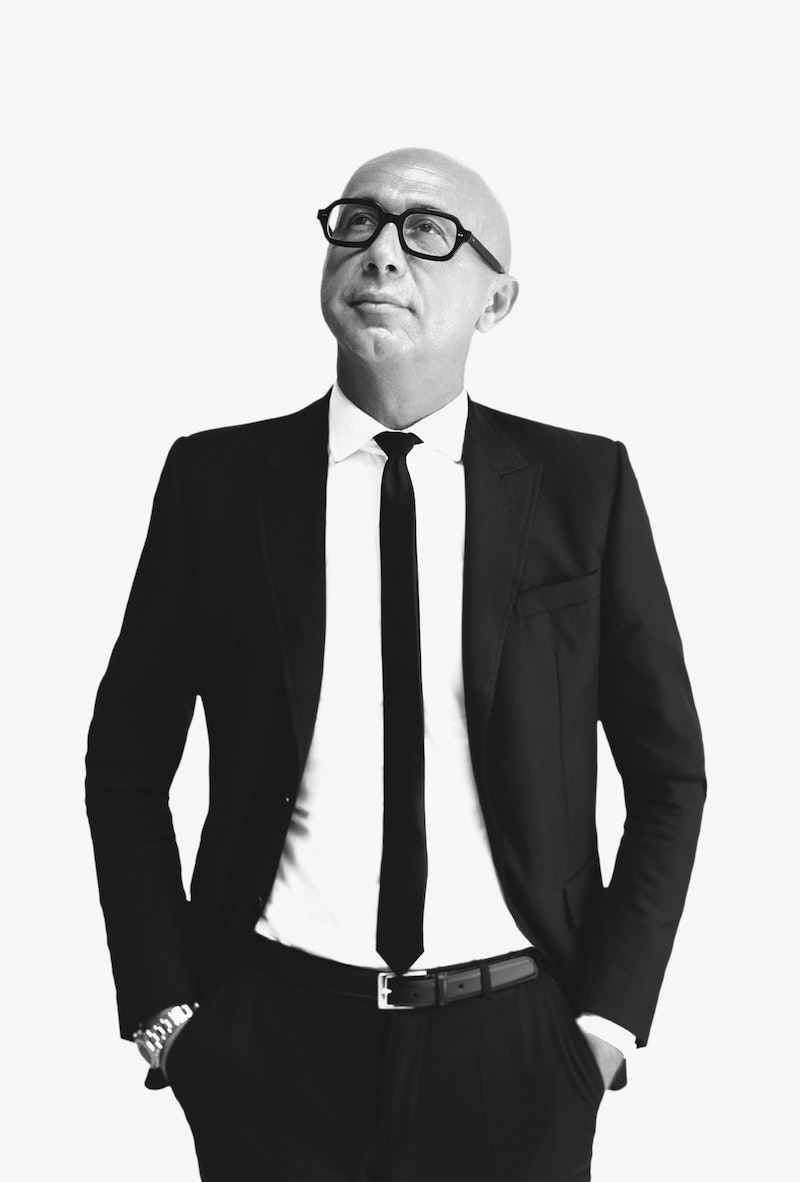 However, it is important to say that in doing so, you will not be acting simply in blind faith. When I look back on my decision to appoint Alessandro Michele to the position of Creative Director of Gucci, I recall how many people told me I was crazy. Alessandro had been at the company for twelve years and had worked as an assistant designer for both Tom Ford, who hired him, and Frida Giannini. People said that in choosing him for this pivotal role I was placing a dangerous bet. “You should have looked for someone more famous,” they said. And they had a point. Because it would certainly have been the easier decision, and the one that held less risk for me, personally.

And yet, making these choices is not really a matter of risk, or chance, alone. It is actually a matter of experience, culture, and of being open-minded. These are the elements that inform any decision to take a risk. Undoubtedly, there is the possibility that you will make a mistake. But making mistakes is a part of life. Wrong decisions are a part of life, but they only have a genuinely negative impact if you do not learn from them. My belief is that you must keep on going and learn from mistakes. In this way, a CEO is like any skilled craftsman who is open to the need to improve his skills. In fact, he is just like a tailor.

In the case of my decision to appoint Alessandro instead of a more ‘established’ name from outside the company, there was another factor that influenced me. The world is changing. The way in which we approach luxury today is so different from the past that we need to be open to this revolution that is happening. In Italy, in particular, we can have a tendency to cling to old models of behaviour, to be slow to change. One of the biggest problems we have had in Italy in our industry in the past, for example, is the fact that the owners of fashion companies wanted to have their children manage the company. This is an old-fashioned dynastic approach that assumes that just because the father is good at something, then so too must the son or daughter be equally well-suited to it. But there is no real logic to that argument, and consequently lots of our brands have failed and disappeared because of old habits.

Put simply, unless you are open to new ways of thinking, you will fail.

If you don’t inject new, fresh air and young talent into this industry of ours – or any industry, for that matter – it is going to fail. There’s no doubt. So, appointing Alessandro was, in a way, much less of a risk than it seemed to many people. Because what was required at Gucci was original thinking and behaviour. (And let me say that I believe this is now also required for the entire fashion industry in Italy today if it is to thrive and survive.)

As an example of how we continue to act on this philosophy, I’d like to share a story with you. A while back we decided to open our eyes at Gucci to genuine street culture. We came across a graffiti artist who was going by the name of GucciGhost. His fame was attributed to his stylised ‘double-G logo’ tag. We could have sued him – that would have been the old-fashioned response – but instead, because we thought what he was doing was interesting, we brought him in-house to collaborate on the Autumn/Winter 2016-17 collection. In effect, we gave him a platform, and organised his catwalk debut within the show that Alessandro staged. This move created energy and actually resulted in a new initiative that turned out to be more monumental than if we were simply mining the past of the brand. It really created a sparkle in our activities and helped energise the whole company – the positive effect was not just felt from an aesthetic standpoint, but also from a business standpoint, too, as it symbolised our new attitude, our new culture. 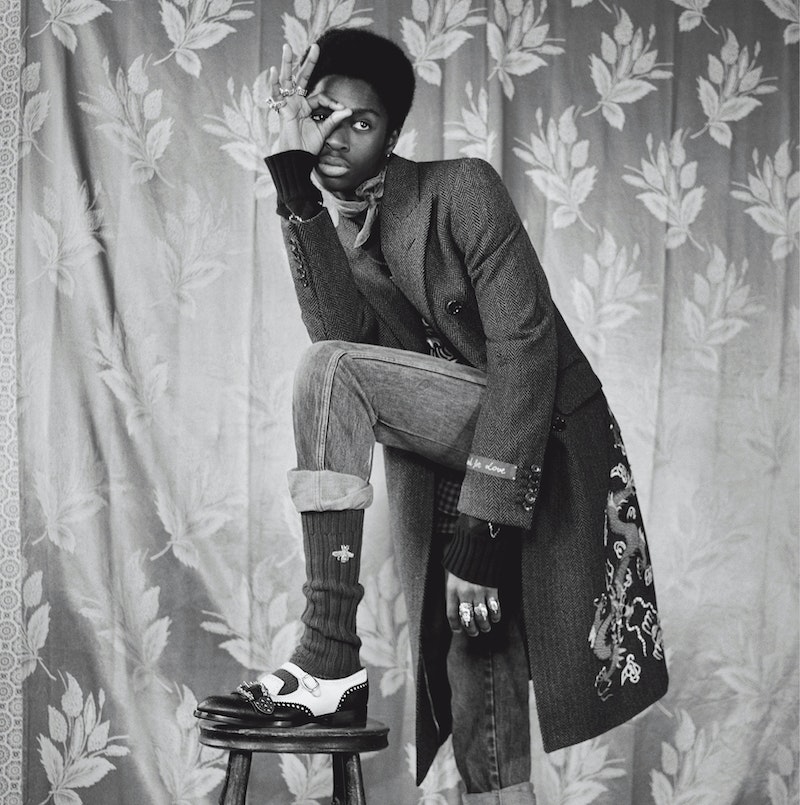 Culture is absolutely critical to our reinvention. Today Gucci is the hottest fashion brand in the world and we want to maintain this position, at the top of our industry. However, the key to preserving our lead is not to be found only in pursuing creativity in our products and aspiring to make them excellent aesthetically, it is also a matter of culture. Cultural values are more important than strategy, in my opinion. Because culture creates strategy. By instilling a common culture of creativity throughout the business, we should keep our growth sustainable.

But a culture of creativity also means a culture that is not risk-averse. Not scared to be brave. Not afraid to take risks (but as we have explained, always informed risks). In order to reinvent Gucci there had to be a change in the culture. We identified the people in the company who were willing to accept change, and re-educated those that found it difficult. We needed to bring in new people to bring about change, too. All these people – Alessandro and myself included – had to embrace change and risk all the time. Because that is the only way in which, if I or Alessandro leave the company tomorrow, the organisation will survive and outlive us all.

So again, let me reiterate that what has happened at Gucci is not just a matter of aesthetic reinvention. It is not just a matter of Alessandro producing great collections and products, though, undoubtedly, he has done just that. It is a matter of culture and values. If you change the culture, if you change the values, people are open to change, they are willing to accept different opinions. Arguably, this is the way you create an environment in which a creative talent like Alessandro’s can really thrive.

It is important to be exposed to other people’s opinions and to accept people with strong personalities to become part of your team; otherwise you miss the potential of having 11,000 people working for you, and with you.

So, culture is the most critical change we are trying to inject at Gucci. If you are able to change culture, creating a learning organisation, being open to change, open to diversity, open to inclusion, then you are able to sustain growth.

And we have taken some practical steps to help this process. We have put in a Shadow Committee of the most talented people in the organisation (many of them very young). This is a group that represents different functions within the business, and it deals with the same topics that we deal with in the Executive Committee. We want to understand if the opinions and the ideas that come from this Shadow Committee are the same or different to those of our Executive Committee. Indeed, it is enlightening to consider issues from different angles, and to take different approaches to the same challenges. It has functioned as a wake-up call for the executives, a very useful example of how there are different ways of looking at things.

I passionately believe we need to accept diversity in terms of gender, sex, culture and geography, because diversity is energy, is innovation, is creativity. Because if you foster diversity, you foster respect; this is the key to creating a sustainable business.

So, I am committed to building an inclusive, common culture at Gucci.

Importantly, working together, understanding the differences between people and between their backgrounds, and having the opportunity to interact with a variety of viewpoints – in effect, to be contaminated with different experiences and expertise – this is going to be the key for you in the future, too. Not just in terms of business, not just in terms of creativity – but instead, it is bringing these two aspects together within a common culture that makes the difference; and this, undoubtedly, has been the key to the success of Gucci.