The luxury of running a family business

‘The shoemaker in Italy is the lowest of all classes… to be a shoemaker was a disgrace,’ recalls Salvatore Ferragamo in his autobiography. ‘The shoemaker to the stars’, as the press used to call him, reflects the paradox between the disreputable trade and the refined product – the two elements that Mr Ferragamo brought together …

‘The shoemaker in Italy is the lowest of all classes… to be a shoemaker was a disgrace,’ recalls Salvatore Ferragamo in his autobiography. ‘The shoemaker to the stars’, as the press used to call him, reflects the paradox between the disreputable trade and the refined product – the two elements that Mr Ferragamo brought together that laid the foundation of what we now consider as true Italian luxury.

Today the Salvatore Ferragamo company is an empire that produces a wide range of luxury products from shoes and apparel to accessories and fragrances, and yet is still run by its founder’s family. During one of his visits to Polimoda, one of Salvatore’s six children and the company’s President, Ferruccio Ferragamo, spoke about the peculiarities of running a family business. 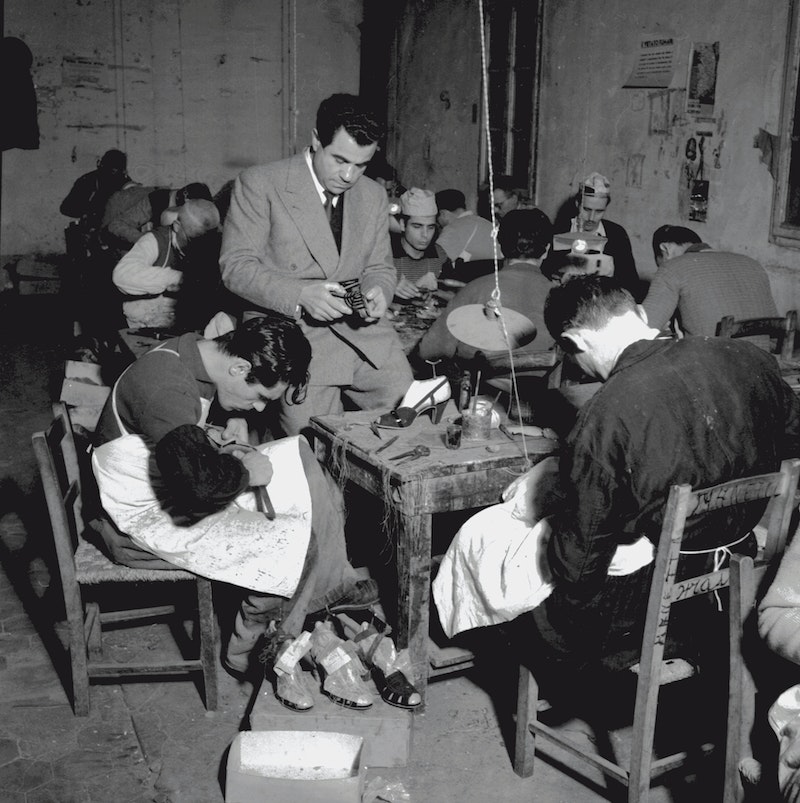 On being part of a family company

My father was nine years old when he made his first pair of shoes for his little sisters’ communion because the family couldn’t afford to buy new ones. I then made my first shoes for my mother, Wanda, when I was twelve, although I never saw her wear them: I assume that she liked them so much that she didn’t want to ruin them [laughing]! When my father passed away, my mother took over the company and the six of us, the children, later joined the business. Statistically, family companies do not have good track records: family members often fight to an eventual close or sale of the enterprise. Nevertheless, a company gains a certain energy and strength when it is driven not only by the desire to increase revenue but also by a strong personal feeling. This is why family can be a great advantage but only if you establish strict rules regarding the business – this is exactly what we did to guarantee Salvatore Ferragamo to thrive.

Ten years ago, when our 23 nephews and nieces were still children, we agreed that only three of them could be allowed to join the family business and only if they satisfied a set of conditions, which are: the candidate has to hold an academic degree, be well regarded by the family and be willing to join the business, and, most importantly, have at least three years of work experience in a company that is in no way linked to Ferragamo in order to learn how to be a conscientious worker, respect corporate rules and hierarchies, respect your boss and colleagues, working hours, and so on. No one can be more damaging to a company than a young man or woman appointed to a managerial position just because he is a son or daughter of the owner.

On a never fading legacy

I remember an amusing story when a touring Ferragamo exhibition, which was created by my sister Fiamma and showcased shoe models designed for celebrities including Marilyn Monroe, Audrey Hepburn, and Greta Garbo, arrived in Mexico City. Visitors started placing orders during the exhibition thinking that it was an actual collection and they were then quite disappointed that they couldn’t buy exhibited pieces in their size.

From that experience came the idea to recreate the original designs of my father Salvatore today: this is how we launched Creations, an exclusive collection of iconic models in a limited, numbered edition. It’s flattering that people do not see the difference between models created 60 years ago and contemporary collections; this shows the timelessness of my father’s designs but also shows that fashion is cyclical.

My mother always says we are in debt to Florence and I absolutely agree. The fact that Ferragamo products are entirely made in Italy is precious, though being based in Florence specifically, with its cultural and artistic heritage and strong tradition of craftsmanship, is a priceless asset that increases the value of the brand.

We dutifully pay off this debt by contributing to the prosperity of this splendid city; our family actively participates in restoration projects across the city, amongst which we have contributed to the restoration of eight rooms inside in the prestigious Uffizi Gallery and the reconstruction of The Fountain of Neptune in the Piazza della Signoria.

My father was a shoemaker – or a shoe designer as you might say today – but he was constantly researching fields seemingly unconnected to shoemaking. While living in the USA he attended courses in medicine, mathematics and human anatomy to discover how, when standing, our bodyweight drops straight down on the arch of the foot, and how crucial its role is in our physical wellbeing.

Using this knowledge, not only did he create extremely comfortable shoes but also patented special medical devices that would heal leg bones after fractures, improve leg injuries and even help overcome walking disorders. His unique shoe designs were also inspired by film, history and the arts, as for example the futurist movement. Multidisciplinary research has been fundamental throughout history, but today, largely driven by technology, it gives us unprecedented opportunities. For example, at Ferragamo we have recently produced a patented fabric that is very similar to silk, but is made out of the skin of oranges. Research is an amazing and continuous process of discovery and self-perfection. 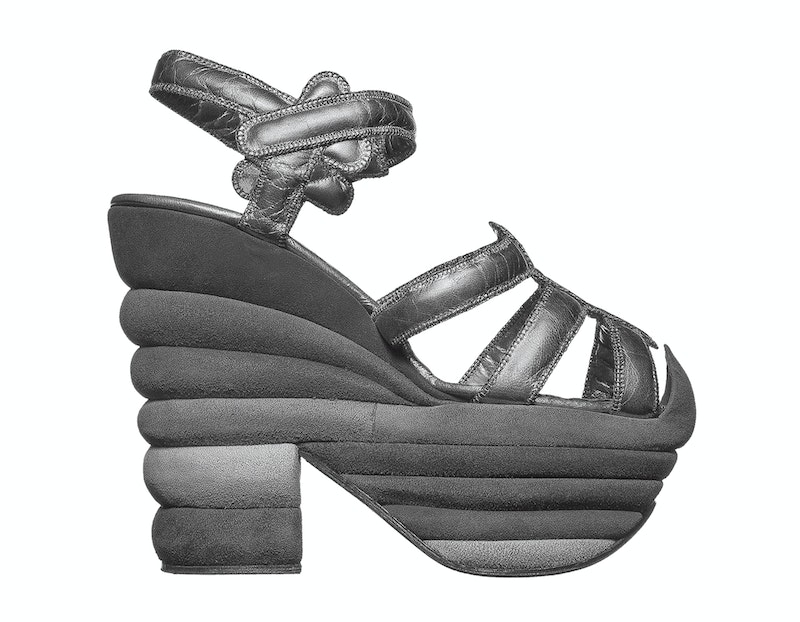 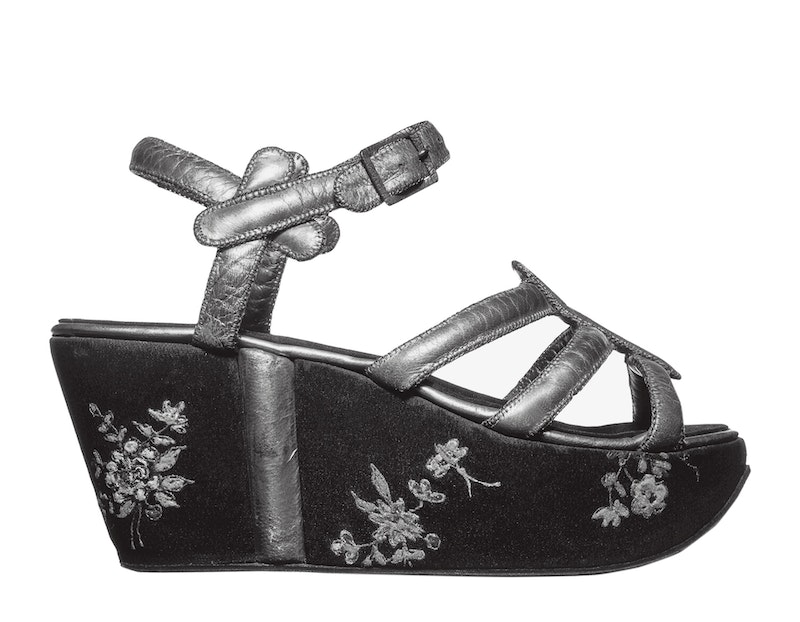 On the young generation

I hugely believe in younger generations, and meeting so many bright youngsters at work, it is a great satisfaction to see when they start an internship at Ferragamo, succeed, grow and stay to work in the company. When a new person arrives at Ferragamo, we first evaluate their inherent qualities and decide which role inside the company would be the best for them. Furthermore, of course, they must be trained and also work hard to develop these qualities. It is fundamental to match the right person with the right position in order to keep up motivation. You cannot make a designer do the work of an accountant, or vice-versa, and expect great results.

On Ferragamo and Polimoda

When I was still at school, my father decided that four months of holidays were too much, so I started working in our ateliers which were then located on the first floor of the Palazzo Spini Feroni in Via dei Tornabuoni. I was even paid for the job, however I think at that time I was generating more mess than help! Anyway, there I have learnt many things about shoemaking, but also about education, training and work ethic. I strongly believe that education and training are the most important things that parents can give to children – no one can ever take those away from them. Houses, cars, money… they come and they go, but education stays for life: that is why I’ve made education a priority for my six children and twelve grandchildren. As for Polimoda, I joined the institute two years after it was established [Ferruccio Ferragamo was appointed President of Polimoda in 2006 – Ed.], and being part of the school gives me the opportunity to pass on my knowledge to the youngest generation, which is a great satisfaction, as I feel that I am contributing to our common future.