The cut and construction of 19th Century midwives’ clothing

In Florence, there is a space where time has stood still. The Istituto degli Innocenti is this place that for nearly six hundred years pursued its mission to welcome and protect thousands of orphaned children. This institute, which is located in Piazza della Santissima Annunziata and whose building was designed by famous architect Filippo Brunelleschi, …

In Florence, there is a space where time has stood still. The Istituto degli Innocenti is this place that for nearly six hundred years pursued its mission to welcome and protect thousands of orphaned children. This institute, which is located in Piazza della Santissima Annunziata and whose building was designed by famous architect Filippo Brunelleschi, is an important part of the city’s history and has been recently celebrated in June 2016 with the inauguration of a dedicated museum telling the story and purpose of the space.

Upon the opening of the Museo degli Innocenti, the Fondazione Ferragamo and Polimoda decided to collaborate on a fashion research project with students in the third year of the Fashion Technology course. Under the supervision of teachers specialised in fashion design, pattern cutting, computer graphics and costume history, these students researched and created accurate reproductions of original garments worn by wet-nurses and midwives of the Institute in the late-Nineteenth Century, who were critical to the survival of abandoned newborns until the early Twentieth Century. 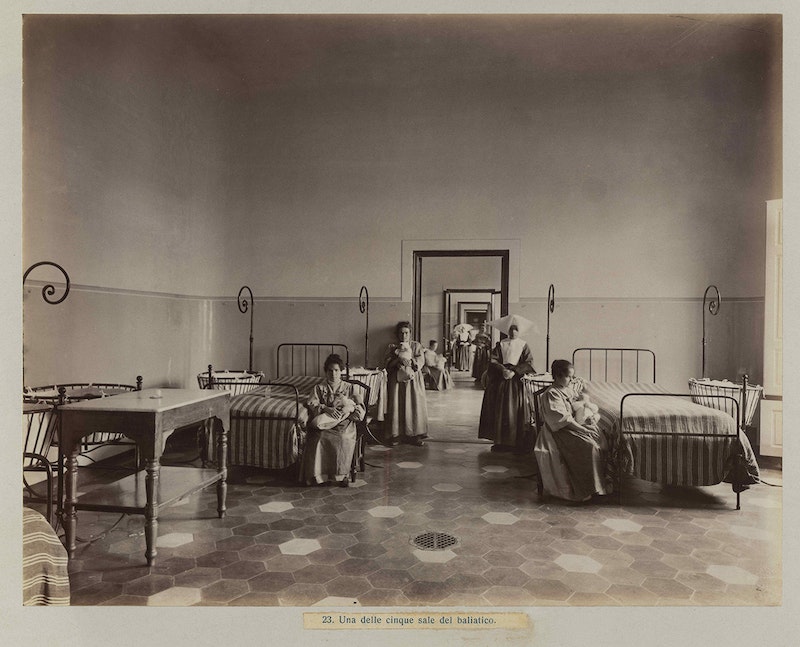 Beginning with original photos from the archives of Giacomo Brogi and the historical patterns of costume designer and fashion historian Janet Arnold, students had to identify the era’s design features and rebuild a pattern faithful to the originals.

The first part of the project was devoted to a careful historical research. Due to the lack of sources that indicate patterns of simple, everyday clothing like those worn by wet-nurses, we studied technical details of Nineteenth Century garments (with Janet Arnold’s ‘Patterns of Fashion’) with which we then made the appropriate changes and additions based on the high-resolution photos of Giacomo Brogi. From this careful iconographic analyses, students recalculated the height and proportions of the female figures that they then used as models upon which to reconstruct the garments.

After experimenting with different hand-sewing and machine techniques and studying the physicality of Nineteenth Century women to fit the historical mannequins generously donated for the project by Veroni, the students then made canvas reproductions of two outfits; that of a dry-nurse and of a wet-nurse. These two roles looked after and fed the babies, respectively, and wore specifically designed uniforms to suit their duties. The students’ textile was then washed and dyed to achieve an estimated colour and ageing effect. 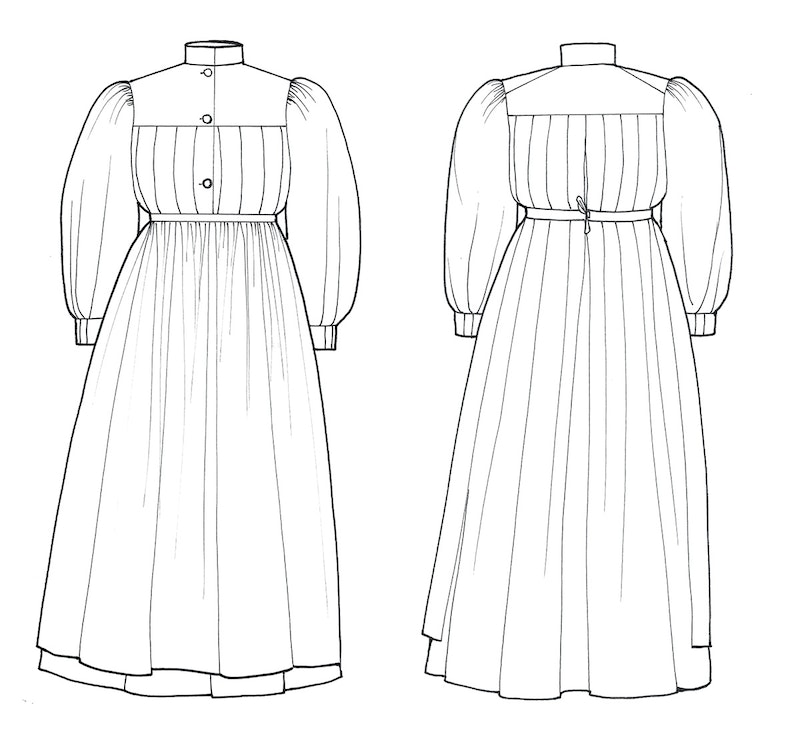 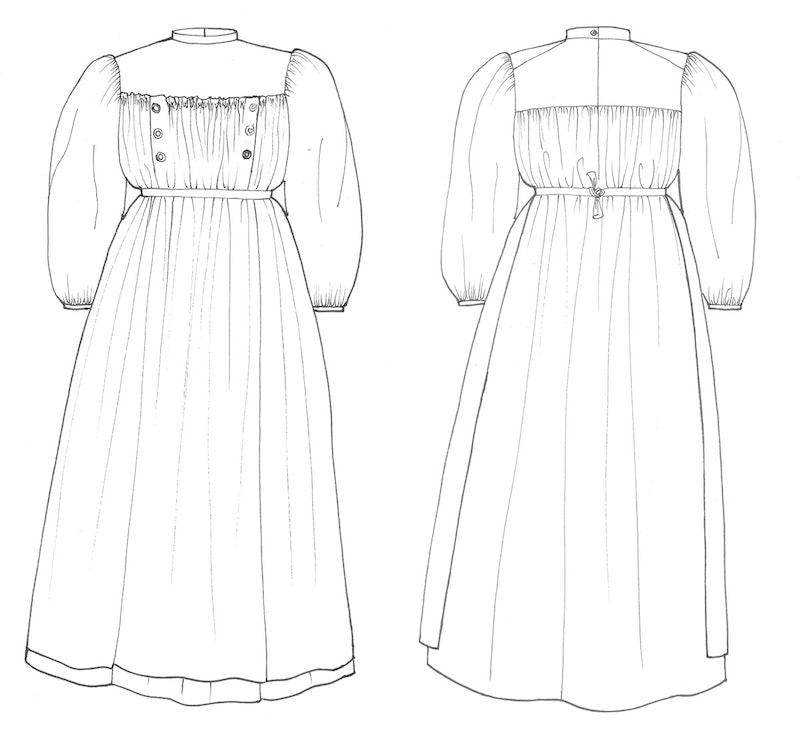 In each stage,” added Sandra Laube, “we tried to be as careful as possible to achieve authenticity. Even the buttons, used in two different formats, have been aged with experimental techniques. The whole process was recorded with photography, drawings, illustrations and a small video, and then gathered in a special publication. This book documented the students’ research and making process, and is now on display in the museum.”

Research of historical patterns and experience with the processes of product development are integral parts of the curriculum and training as a patternmaker. The two resulting reproductions have been donated by Polimoda to the Museo degli Innocenti to be exhibited in the Coretto, an intimate and reserved space where wet-nurses would attend religious services held in the church below. 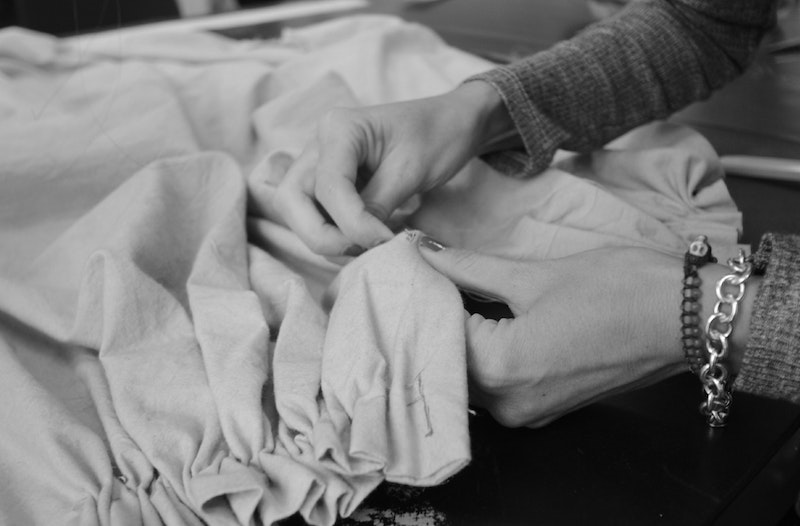 “The project certainly was an exciting job for all students and the teachers involved, particularly because of the lack of reference material; everything had to be researched, analysed and rediscovered independently. It was a challenge that forced students to tackle the project in its entirety.”

The opening of the exhibition was held on February 24, 2017, during an event at the Museum celebrating the 70th anniversary of UNICEF.

Gli abiti delle Balie was a project created in collaboration between the Fondazione Ferragamo, Polimoda and the Istituto degli Innocenti in Florence.

The students involved from the undergraduate course in Fashion Technology, 3rd year.