Polimoda announces the 2019 opening for its third location within the spaces of the Manifattura Tabacchi complex in Florence, that will also host the school’s 2018 fashion show on June 12th, during the 94th edition of Pitti Uomo. Nestled in the western stretch of Florence’s central district lies a place imbued with history and modern …

Polimoda announces the 2019 opening for its third location within the spaces of the Manifattura Tabacchi complex in Florence, that will also host the school’s 2018 fashion show on June 12th, during the 94th edition of Pitti Uomo.

Nestled in the western stretch of Florence’s central district lies a place imbued with history and modern architectural beauty. Forgotten by many and left abandoned for almost two decades, the monolithic giant once known as the Manifattura Tabacchi is now getting a major makeover. Fashion has undoubtedly played a crucial role in the re-evaluation of the structure over the years, as important brands the likes of Gucci and Gosha Rubchinskiy recognized the charm of its warehouses and used them as backdrops for private runway shows and parties during the annual Pitti Uomo trade fair. Now it is about to become a hotspot for urban generation and Polimoda is the first to spearhead this change, as it will be inaugurating a new facility inside the complex, the school’s third campus to date alongside Villa Favard in the centre of Florence and the Design Lab located in Scandicci.

One might say that lately fashion schools are at the forefront of a global push towards urban renewal and change. On the groundswell of Central Saint Martins’ relocation from its historic Soho headquarters to the newly refurbished spaces of 19th century granary building at the heart of King’s Cross, Polimoda is glad to announce that it will soon contribute in breathing new life into one of Florence’s most fascinating industrial monuments. 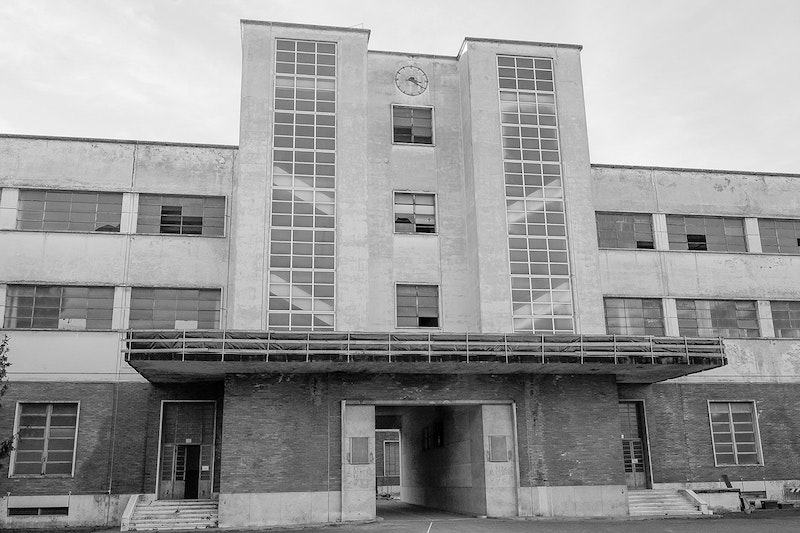 Built in the early 40s, the complex is a beautiful example of Italian rationalist architecture that rises just outside the city’s center. Abandoned since the year 2001, the building is now undergoing extensive renovation works with a view to both restore the 8-hectare space to its original state and transform it into a new urban hub for contemporary activities based on cultural economy.

“We are proud to hit this new milestone” says Polimoda President Ferruccio Ferragamo “both because of what it means to us as a school and what it means to the city of Florence. This is the third branch we have opened over the course of barely ten years in a territory that we feel is at the very core of our DNA and identity. Like other international fashion schools, Polimoda has made a point of blending into the urban fabric and giving back to the city by rehabilitating historic buildings for public use, thus creating new centers for culture, beauty and knowledge.”

Within the framework of this massive operation, Polimoda will be establishing its third branch within the 6000 square meters of the “edificio dell’orologio”, a four-story high rise that will welcome over 800 people. Polimoda is driven by a human-first philosophy, carefully choosing its spaces and designing services in accordance to its students and staff’s needs. With 70% international enrolment rates and the demands of an ever-evolving industry, Polimoda makes a point of thinking forward as well as building for and around the future. 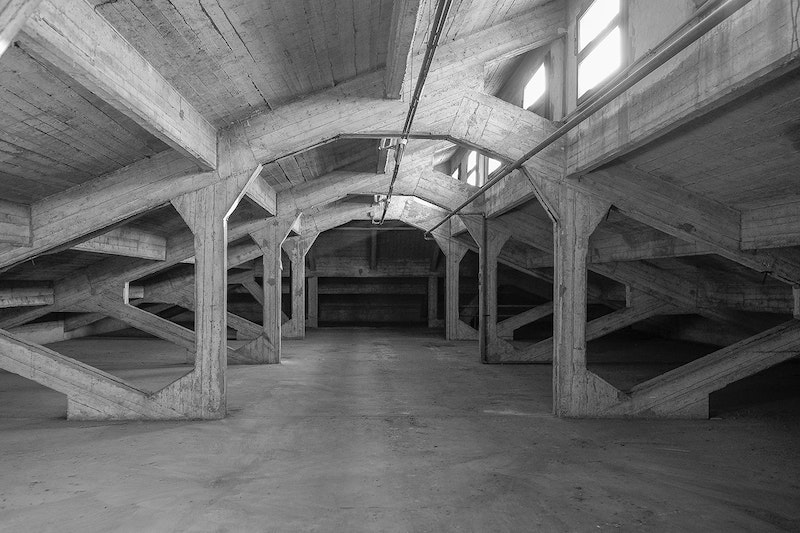 The new location will therefore house classrooms, photographic studios, art rooms, pattern making, tailoring and knitwear workshop spaces, computer labs and a state-of-the-art auditorium. While the new location is scheduled to open in Fall of 2019, Polimoda is planning to make use of the ground floor of one of the adjacent buildings starting this October in order to meet the increasing demand for space driven by the school’s recent +34% growth.

As far as the entire complex is concerned, according to the construction plan presented by the joint venture between Gruppo Cassa Depositi & Prestiti and Aermont Capital LLP, the over 100 thousand square meters property will be adapted to host a thriving community of shops, green areas, hotels, exhibition spaces and housing units. 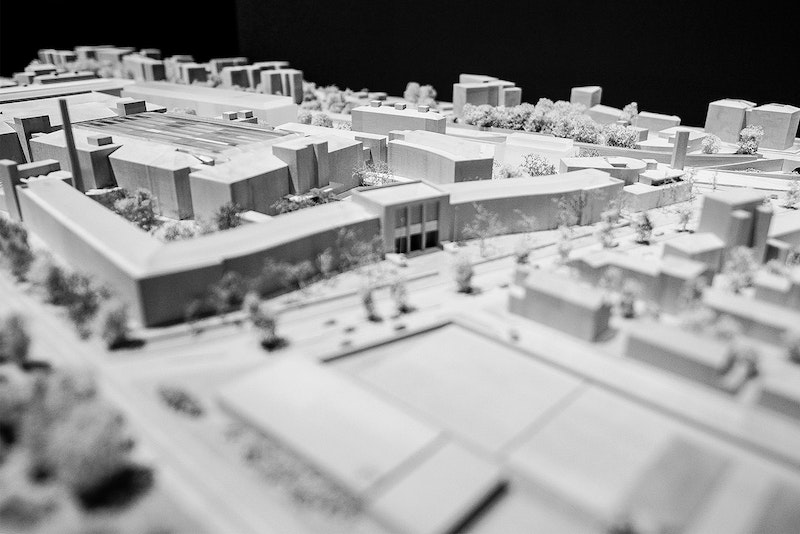 In the spirit of fostering new outlooks and reclaiming the virtue of what was once labeled as waste or hopelessly outdated and irretrievable, Polimoda’s graduation show will go under the name of Separate Collection, a play on words built upon the concept of fashion upcycling. Each student is asked to express him or herself to the fullest, as overconsumption is generated by the lack of identity. Through the process of recycling and rethinking clothes, materials, places and even ourselves, we restore dignity and open the doors to new, possible futures for upcoming generations. 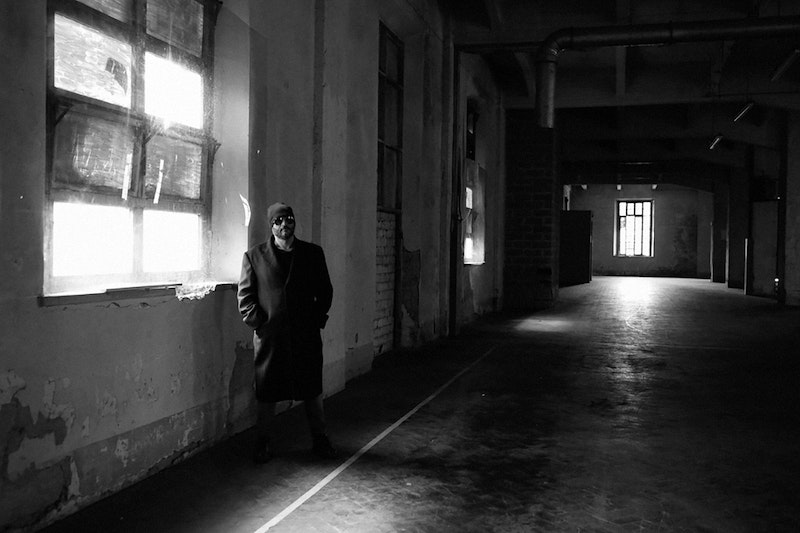 The event is to be held at 10 pm on June 12th in another awe-inspiring wing of the Manifattura Tabacchi complex in front of a crowd of journalists, buyers and fashion influencers during the 94th edition of the Pitti Uomo trade fair. In recent years, Polimoda’s final fashion show has launched game-changers such as Federico Cina and Barbara Sánchez-Kane who have made international headlines with their out-of-the-box thinking and designs. The school has always been a hotbed for ladder climbers and today some of its students have landed top-level roles across the industry: Luke and Lucie Meier are creative directors for Jil Sander, Edgardo Osorio is the founder and designer of the luxury footwear brand Aquazzura, Francesco Risso took the helm at Marni and Costume designer Massimo Cantini Parrini was awarded the David di Donatello for the movie Bloody Richard.