Love will always be in fashion

As the expectations surrounding the arrival of duo Brooke Taylor and Nana Aganovich of womenswear label Aganovich began palpably to rise, the Aula Magna resonated with the moody musical musings of DJ Shadow’s “Building Steam with a Grain of Salt”. Mr Taylor would later explain from the podium, Nana smilingly perched by his side, “At …

As the expectations surrounding the arrival of duo Brooke Taylor and Nana Aganovich of womenswear label Aganovich began palpably to rise, the Aula Magna resonated with the moody musical musings of DJ Shadow’s “Building Steam with a Grain of Salt”.

Mr Taylor would later explain from the podium, Nana smilingly perched by his side, “At the opening we played a track by DJ Shadow and what’s so fascinating about it is that that whole album was made out of dead material. He sampled everything from run-down old records that he found in crates. In my opinion, this track is one of the most loving tunes ever made, for his breathing new life into discarded and disused material totally blew the lid off the music world when it first came out in 1996”.

Is love still the essential source of creativity?

“There’s far more media than there used to be when we were younger. You’re being hit on all sides and encouraged to be creative but no-one really wants to talk about what being creative is. We believe that this process is sidestepping an essential word, and that word is ‘love’. We’re living in grim times – love is not top of the bill at the moment, so that is why we decided on this topic for our lecture”.

Brooke Taylor and Nana Aganovich met 15 years ago in London and have been together ever since. The brand currently operates in Paris, which is, after all, the city of romance and fashion. Love is essential to the way the two communicate, create and connect with each other and the outside world. Some cultures have 50 words for love, others just have one, but ultimately, as Mr Taylor pointed out, the real question is: What is love? Is it at the very root of creativity?

Love puts you in a condition of immense creativity and connectivity. You are in a heightened state of mind where everything falls into place and feeds you. Creating emotions through fabric is one of the most amazing things in the world. You can build up marketing tools, fashion shows and money making enterprises that sell clothes but if at the center of it all you don’t have a small group of people who absolutely and completely believe in the power of love and creativity, the whole system is bound to fall apart. 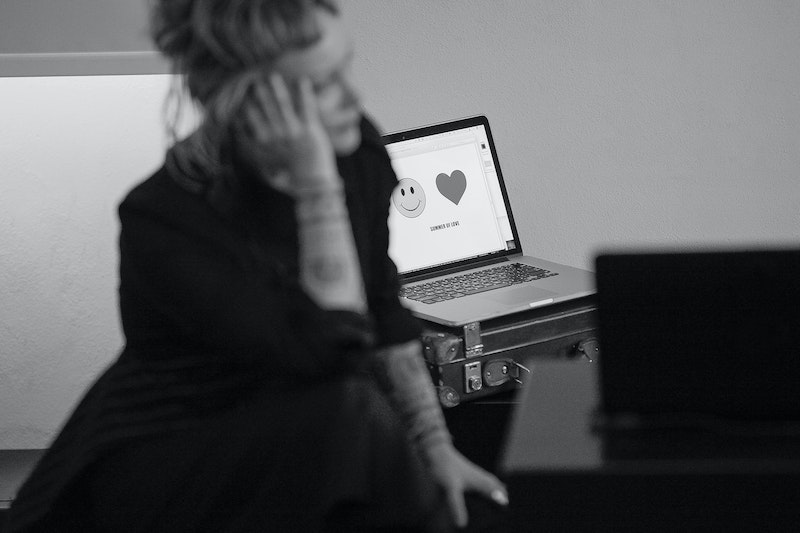 Brooke Taylor also tackled the subject of FOMO (Fear Of Missing Out), one of the most widespread causes of social anxiety and depression among younger generations. This syndrome leads to a compulsive need for interaction and a desire to always be in-the-know, achieved mainly through online technology, as well as strongly influences the way we perceive and use time.

“We also wanted to tap into the power of love because we recently read a report that states that the level of FOMO has reached an all-time high. They actually say that it’s the ‘apocalypse of a generation’; people are feeling lost, removed from their center and have thus become more and more isolated. In this case, love can be a source of creativity but also a pillar of support. When inner displacement sets in, you lose your voice, your uniqueness, your sense of belonging. Love is the primary essence that allows you to access originality and find your true self; and the amazing thing is that we all have access to it. As human beings, we are innately born with it.” 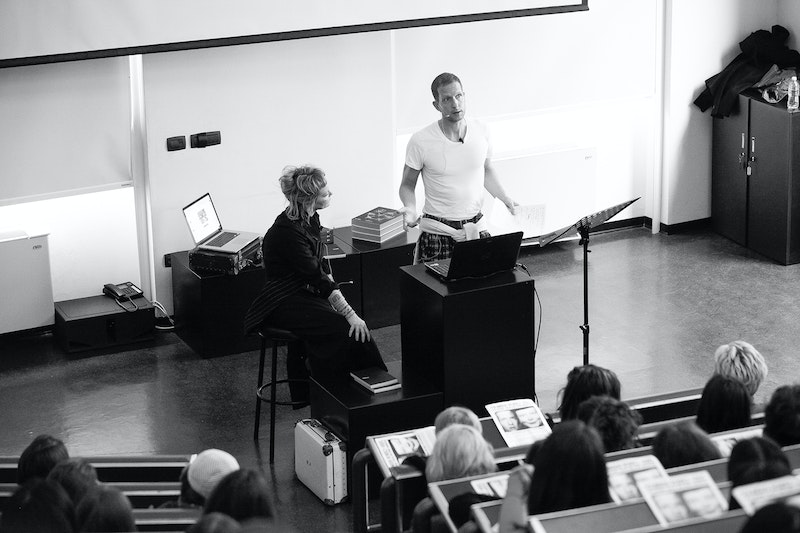 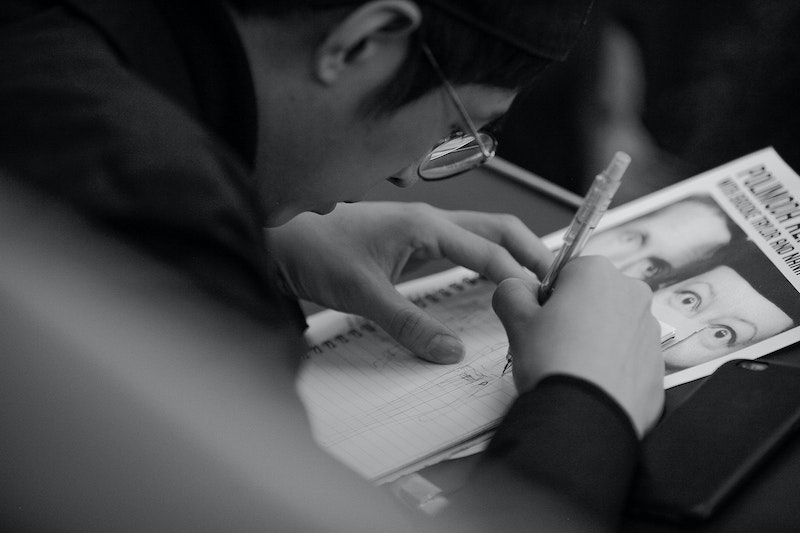 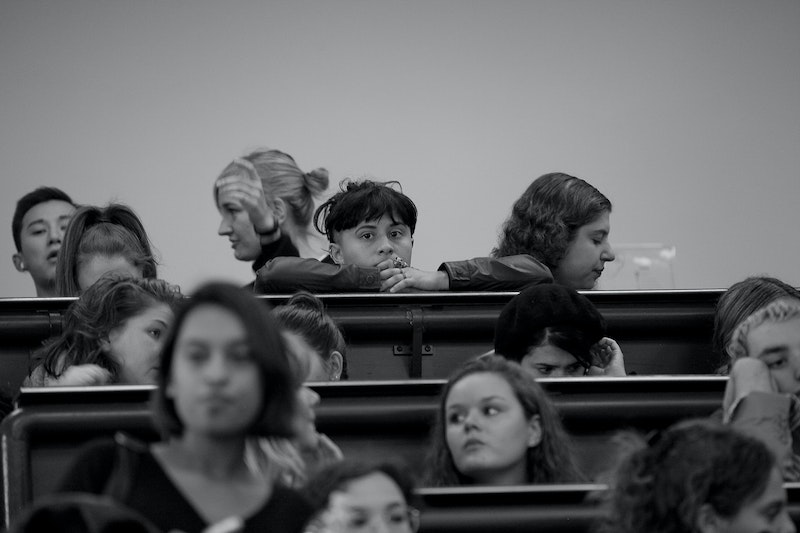 Grasping the amazingness of it all

“Every single one of you here, short, tall, nervous, sociable, beautiful or otherwise – you’re never going to open your eyes in someone else’s body. You’re always going to be you, from the day you’re born to the day you die. And it drives me crazy when I think how much time we spend obsessing about what people think and have – we keep forgetting that we’re the most amazing thing on the planet”.

Owning your uniqueness is a necessary quality when braving through hard times. To further underline this point, Brooke Taylor went over Aldous Huxley’s groundbreaking literary oeuvre, the iconic fashion designers we all admire and South-African band Die Antwoord’s astounding against-all-odds rise to fame. When the Aganovich couple first decided to take on the challenge of launching their own label, Nana’s studies in fashion and previous experiences gave her the necessary know-how but untaught Brooke set out on a quest for knowledge.

“We wanted to have an impact on the outside world. When I first got into this I was reading about fashion shows. I read that it was common for the audience to cry and it seemed slightly ridiculous – why would anyone cry for a piece of clothing? But as we progressed, the more shows we did, the closer we got to having this effect. I started to understand that there’s something extraordinarily beautiful in the making of clothes as one of the creative art forms. Many artworks survive for a long time. Books, for example, are reprinted for hundreds of years. Clothing, on the other hand, has this horrendous thing: you gather a team, you put all your efforts in creating your line and then you send it out into the spotlight. Then it’s just going to disappear. Sure, it will go into shops, sales and distribution but that first moment is gone, which makes it an extraordinarily painful and tragic thing.”

Being an emanation of love, although fleeting in form fashion has given rise to long-standing imageries, instilled heart-wrenching emotions and inspired generations of creatives. There is no doubt that love is and always will be in fashion. 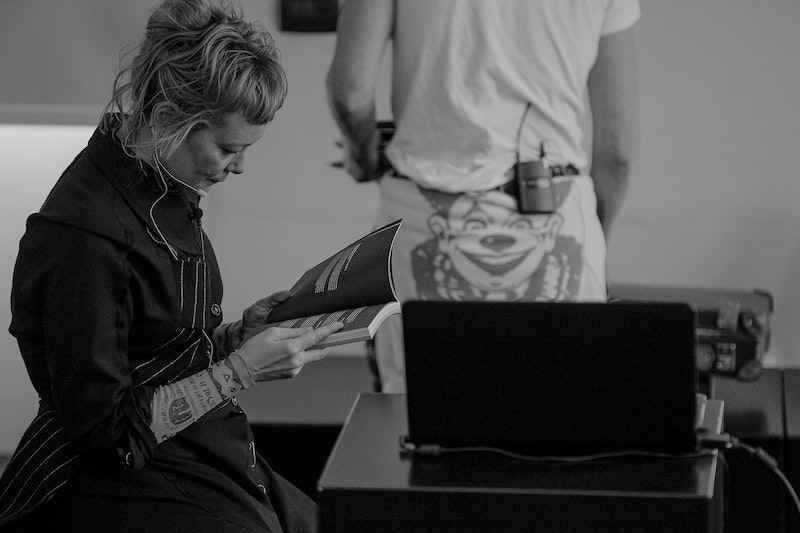 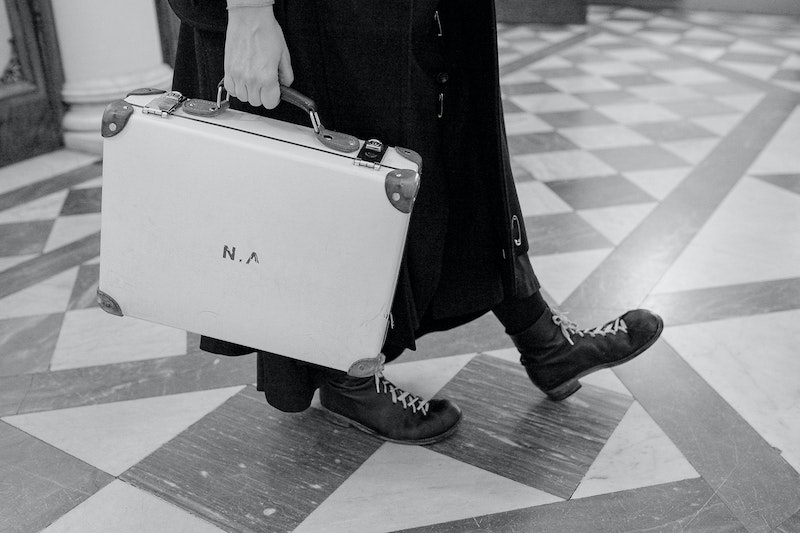 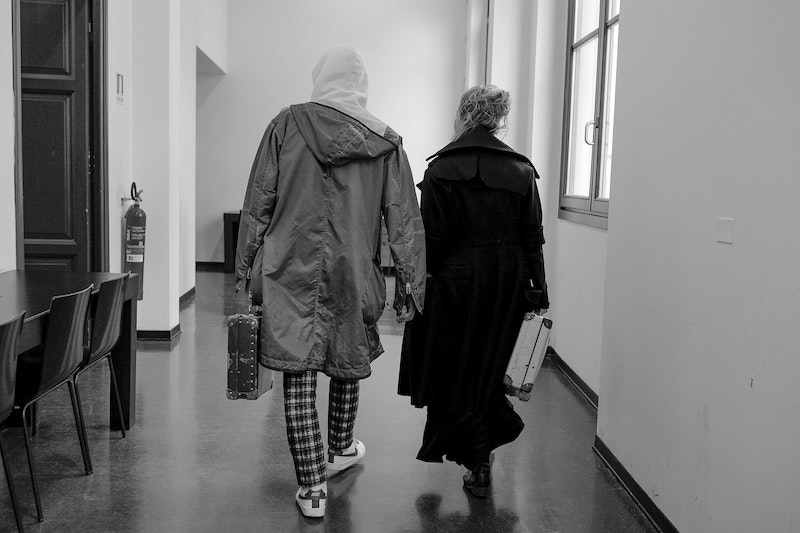