Over the weekend, the 2017 edition of the FASHIONCLASH Festival took place in Maastricht, and one newly graduated Polimoda student found great success.

Federico Cina, who just completed his 4 years of studies in Fashion Design and was selected to present his collection in Polimoda’s annual fashion show, has won the FASHIONCLASH Festival Talent Award. Federico’s accolade follows those of another talented alumnus, Alessandro Trincone, who just last year, also walked away with this prestigious award at FASHIONCLASH. 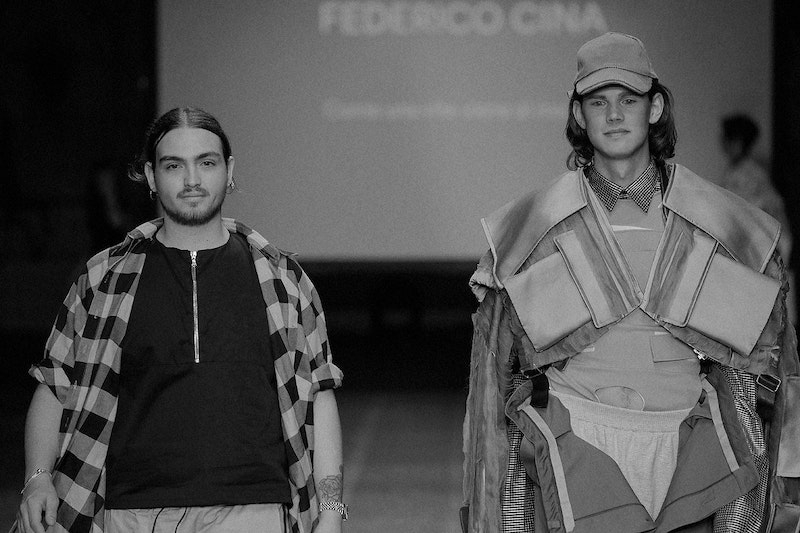 FASHIONCLASH takes place every year in The Netherlands, and is an interdisciplinary festival that focuses on connecting young designers and artists with neighbouring disciplines, new audiences, and of course, each other. Amongst more than 150 designers and artists from all over the world, Federico was singled out at the awards ceremony for his unique talent and thus went home with the honours of this award and a €1500 cheque.

My experience in Maastricht was very positive. Even though we are part of the fashion system, it really felt like I was at home with my family; a big group of people helping each other. I didn’t expect to win and in fact during the announcement, I was quite absentminded and completely relaxed, but then I was in the middle of the runway with the jury and everyone applauding!

This jury of this festival are not the only people to recognise Federico’s potential as a designer. Upon graduating in June of 2017, Federico received an internship at the design offices of Pucci; a position he will begin later this year. It’s clear this young talent is one to watch. Congratulations for everything, Federico!