Everything new and beautiful seems to arrive already haunted by its own demise. Caroline Evans, Fashion at The Edge Basking on the golden banks of the Arno River, in the cusp of the cradle of renaissance, lies the regal Villa Favard, housing the campus of Polimoda’s head office and lecture halls. In the past year, …

Everything new and beautiful seems to arrive already haunted by its own demise.

Caroline Evans, Fashion at The Edge

Basking on the golden banks of the Arno River, in the cusp of the cradle of renaissance, lies the regal Villa Favard, housing the campus of Polimoda’s head office and lecture halls. In the past year, the institute boasts a number of successful partnerships, as well as international acclaim. Amidst the hype is the famed partnership for Masters in Retail Management, together with Gucci. In addition to this, partnership programmes now have mentorship support from the biggest fashion holding groups in the world, such as Kering, Richmond and LVMH. Another impressive and relatively unknown fact is that over the span of the last year, the school’s intake increased by 34%, reaching around 2000 students.

Danilo Venturi, Director of Polimoda, has been at the helm of orchestrating and implementing these impressive results, all within the first two years of his tenure. As a former Masters student of Polimoda, and graduate in Political Science, Venturi has a wealth of industry experience leading up to his career at Polimoda. Most notably is his time as Brand Manager for the renowned Italian lingerie brand, La Perla. Further to this, Mr Venturi has developed an interdisciplinary career across music, e-commerce, retail concepts, luxury and writing, and authored Luxury Hackers (2011) and Momenting the Memento (2014). Together with years of industry and career mentorship by Linda Loppa, Venturi became the Head of the Business Department at Polimoda before assuming his current role in 2016. 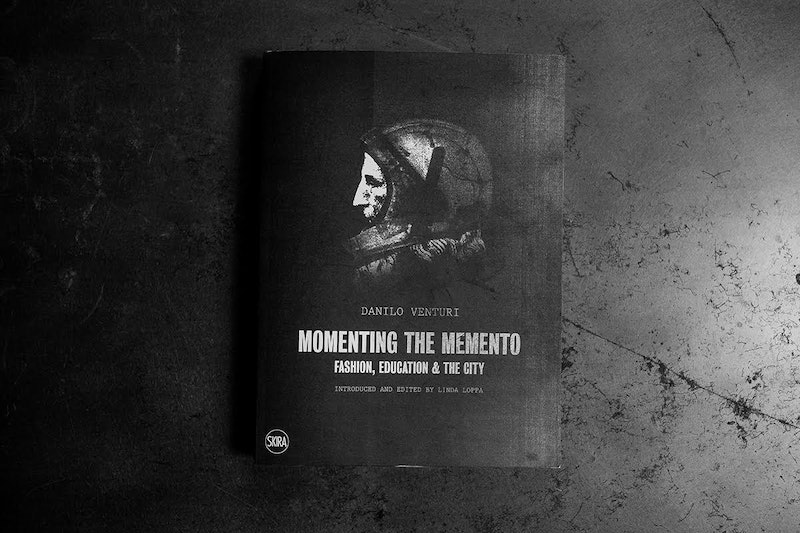 The most notable characteristic Danilo Venturi displays is his natural inclination for acquiring knowledge. A perpetual student himself, with an unwavering sense of curiosity, the desire to both teach and learn lend themselves to remaining educated and articulate. However, the appeal of analogue in the form of paperback still hones in as his first choice for acquiring information. “In my day-to-day life there is no television. If you walk into my house, you will not find one. You will however find shelves and shelves of books. It is like a fetish – the smell of a new book and the ability to hold in your possession something which contains a wealth of knowledge.”

In the words of Francis Bacon “some books should be tasted, some devoured, but only a few should be chewed and digested thoroughly.” This reference for use is evident when leafing through the underlined sentences and notes, jotted by Venturi, which line the boarders of the pages in various books of his collection. Amassed among the endless titles of branding, fashion, marketing as well as philosophy and anthropology, one begins to wonder which titles stand out among the rest? “There are specific books which led to a shift in thinking on my part, or rather, which led me to be equipped with the tools to articulate how I really felt about fashion.” Continuously conscious of flagging fashion as a need for change as well as maintaining a future-orientated mind, Venturi is quick to point out his top three most influential books. 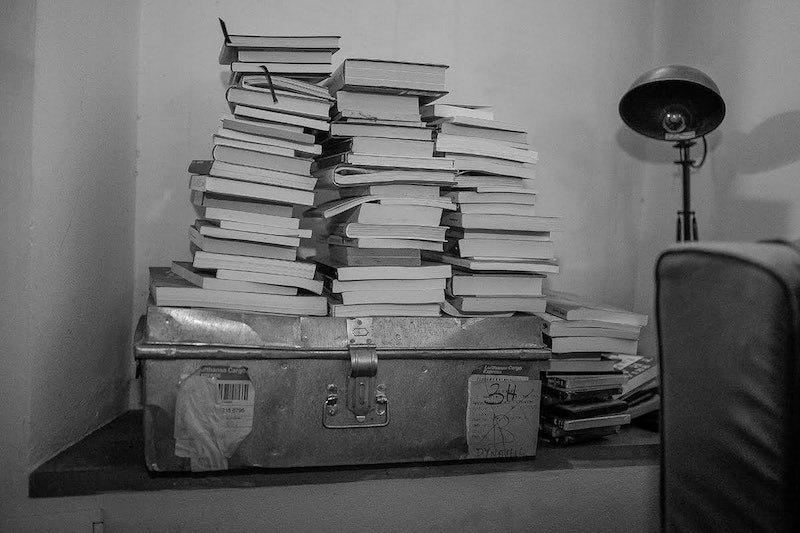 Fashion at the Edge

Fashion at the Edge  provided the knowledge to allow for that shift in thinking. Focusing on the demise and strand of fashion design in the 1990s, Evans explores what disturbing themes tell us about consumer culture and contemporary anxieties. Drawing on diverse perspectives from Marx to Walter Benjamin, this book shows that fashion stands at the very centre of the contemporary, and that it voices some of Western culture’s deepest concerns. “For me, living through fashion in the nineties is an experience which so strongly displayed cross industry and cultural butterfly effects. This book looks at the critical and dark elements in fashion and articulates and graphically analyses the works of many great designers of the time.” This includes John Galliano, Alexander McQueen, Hussein Chalayan, and Viktor & Rolf. In addition to this, images by photographers like Steven Meisel, Nick Knight, and Juergen Teller are also reviewed and reflected upon.

“When, how and why do clothes become fashion? This is a topic which I am constantly asked to review, and which I write on, too.” This author touches on soft and hard analytical and influential elements in fashion, amongst them is the need to have a reflection of the zeitgeist. Then, it moves on to review the more tangibly important and economically relevant network of manufacture, marketing and retail. “Fashion is a medium and message but that does not mean that it is self-explanatory.” There is so much building up to the point at which clothing is accepted or rejected as fashion. It develops from the prescience of the designer and is dependent on acceptance by observers and wearers alike. What is so deeply admired about this book is the ability to provide an almost theoretical framework for understanding the fashion system.

“This is a book which largely impacted the discipline in my sense of aesthetics, as well as my appreciation for the minimal design aesthetics.” Venturi refers to the Japanese avant-garde fashion of the last 30 years, which focuses on designers such as Issey Miyake, Yohji Yamamoto and Rei Kawakubo. “I often get asked whether fashion is art, or visa versa. When studying this book, you will see how the collective of these designers challenged established notions of beauty – turning fashion into art.” Together with the giants of Japanese fashion, a spotlight is also given to younger more contemporary designers, displaying uniqueness in form, cut and fabric. With over 250 photographs and sketches, Future Beauty is a guide to some of the world’s most stylish and expressive fashion.

So when exactly do clothes become fashion, and what do the perspectives of well-known philosophers have to do with the fashion system? A strong believer of having a holistic view and understanding of the fashion industry, the collection of these three titles scratch above and below the often misunderstood world of fashion. From politics to philosophy and visual aesthetics, a strong academic but also artistic representation is displayed between the numerous pages crafted by the above authors. Adding the notch of author to his own belt, Danilo Venturi strongly believes in the importance of intellectual and emotional understanding of fashion. In his own words, “in this industry, authenticity matters, equip yourself with the right tools and knowledge to become who you are…” 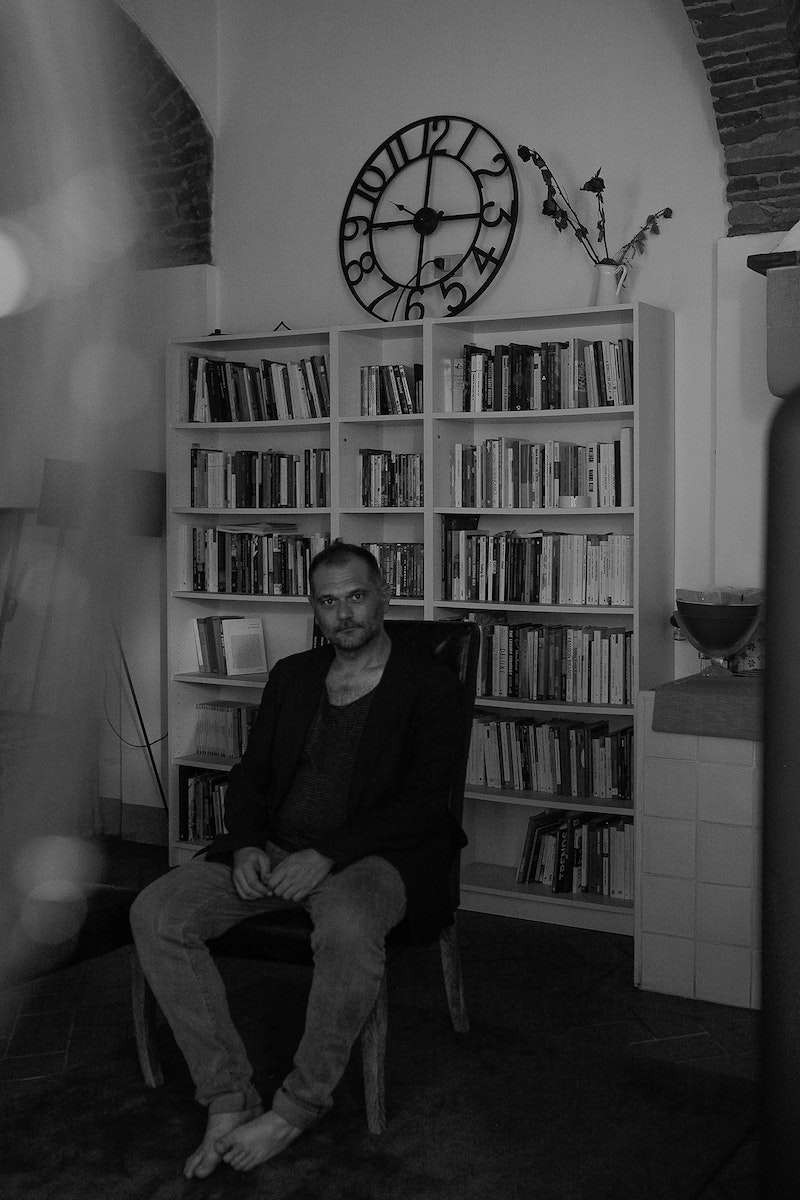