Children should be seen and not heard

On the 15th of June, a jury of fashion’s elite, who have each attended their fair share of runway shows, saw something special in the work of Shania Matthews. Between her jigsaw-like knitwear, details of broken ceramic pieces and complex garment construction, Shania’s collection Children should be seen and not heard reflected on her mother’s …

On the 15th of June, a jury of fashion’s elite, who have each attended their fair share of runway shows, saw something special in the work of Shania Matthews. Between her jigsaw-like knitwear, details of broken ceramic pieces and complex garment construction, Shania’s collection Children should be seen and not heard reflected on her mother’s childhood and the relevance of this in today’s political climate, which all stood out for the jury during the Polimoda Fashion Show 2017.

Shania has now graduated from Fashion Design at Polimoda and is beginning to make her first steps in the industry. Polimoda asked a few questions about the experience of living here in Florence, and what’s next for this young talent. 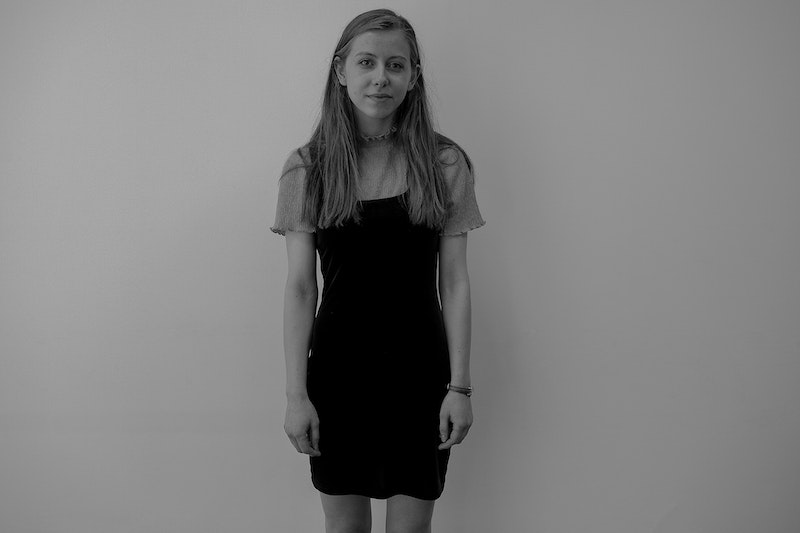 When did you first become interested in fashion and/or designing garments yourself?

I have always been interested in the arts. I studied Art at school and did a lot of mixed media, so I experimented often with textiles. I had also done some short courses at Central Saint Martins such as pattern design and textiles when I was younger.

Where are you from in the UK?

I have always lived in Surrey, which is the county next to London. My parents recently moved to a small town in the woods, but before this I grew up in Cobham which was a very suburb like neighbourhood, but not so friendly, people just kept to themselves.

What made you decide to come to Polimoda?

It was quite a spontaneous decision. I applied for places in England to study textile design and some fashion courses, but I wasn’t so convinced with any one of them. I knew I wanted to try and live far away from home, and I found Polimoda on a list of top fashion schools. It happened that a flight to Italy was less time than reaching some of my other university options in England so my parents were happy to let me go.

After the Polimoda Fashion Show for 2017, it must have been a huge relief for you, but how did you feel right before it began?

Very nervous – about what people would think, if they would like it or if there were any noticeable errors. 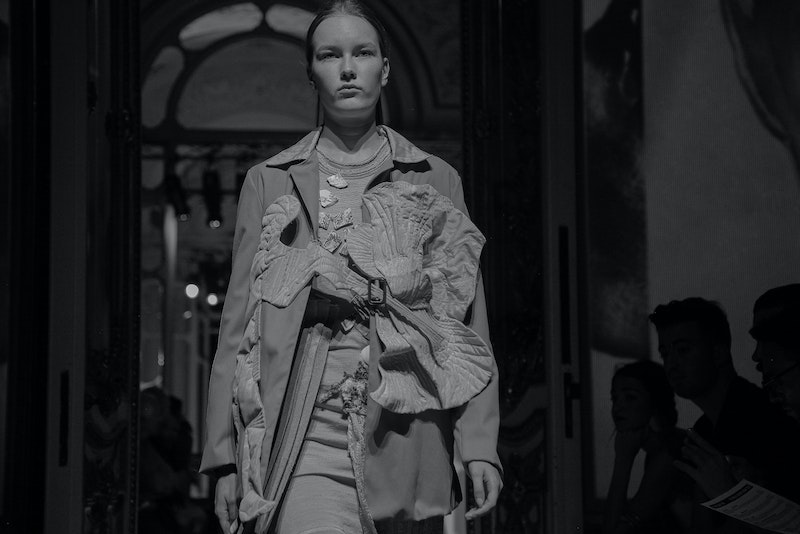 Could you explain the inspiration behind your collection?

It’s about the conflict in Northern Ireland during the 60-70s when my mum was growing up there. It was a difficult time as she is part English, and the Irish wanted the British out. All my garments are recreations of stories behind the memories she shared with me of her childhood and pictures I had seen, but I also combined this with my imagination and the historical events I had witnessed through my research. Most of the garments give off this very happy atmosphere particularly from the colours, but it’s in the details up close such as my illustrations where you notice more the violence and images of shooting, the distraction of the segmented garments and ceramics. I have an outfit which I have based on an image of my mum in the garden, which I interpreted as a happy memory, whereas another outfit is a hunting outfit with a hunting coat with a soldier carrying his gun, somewhat disguised by a flower as if he’s hiding.

How did your family react to your work?

My family think my collection is very creative though I’m not sure if they would ever wear it. My mum didn’t exactly see how some of the garments had come about from her stories but she liked the garments as a whole.

What would you like people to think or feel when they see you work?

When I’m designing I don’t often think about other people’s reactions, more than the final product being something I would be proud of. I hope that my collection brings people joy and intrigue; intrigue for all the intricate details and compositions of the garments, and joy through the colours that I use. 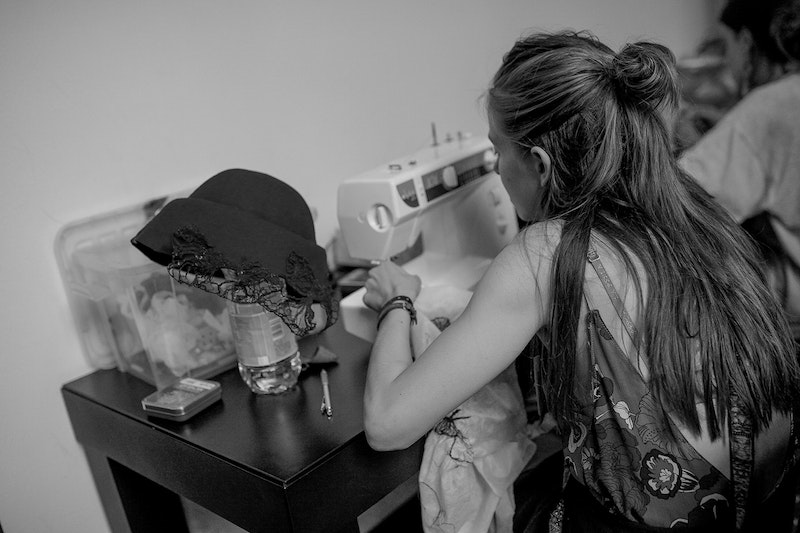 Could you explain your use and fascination with colour?

I have always liked colours, but I think I really started to obsess over colour – even wearing it myself – while living in Italy as everyone tends to wears black. I found this a bit dull so I guess it was my way of protesting.

How have you found living in Florence over the last 4 years?

In a lot of ways Florence is very small, especially in comparison to London, but at the same time that brings everyone closer together; everyone who I met is very friendly and generous. It’s a much different lifestyle to being in England where people mind their own business.

What are your plans for the immediate future, professionally speaking?

My immediate plans would be to get an internship, leading to a job.

What are your dreams for the long-term future?

Ideally, I see myself as a director or in a respected position within the creative industry – whereby I can have a lot of creative freedom in my work.