Best Jobs in the World – Stories from the Fashion Industry is a series of open access video lessons taught by leading fashion industry experts.

These newly developed intensive sessions were created to engage with anyone who is curious about the industry and designed to help those interested gain a better understanding of the different job profiles in fashion. Intensive, short and to the point, Polimoda video lessons are accessible worldwide.

We’re beginning our video lessons with industry expert Massimiliano Giornetti, former Creative Director of Ferragamo and Head of Fashion Design Department at Polimoda. During his video lesson, Massimiliano will dive deep into the world of fashion design, talking openly and honestly about what it takes to succeed in his world. 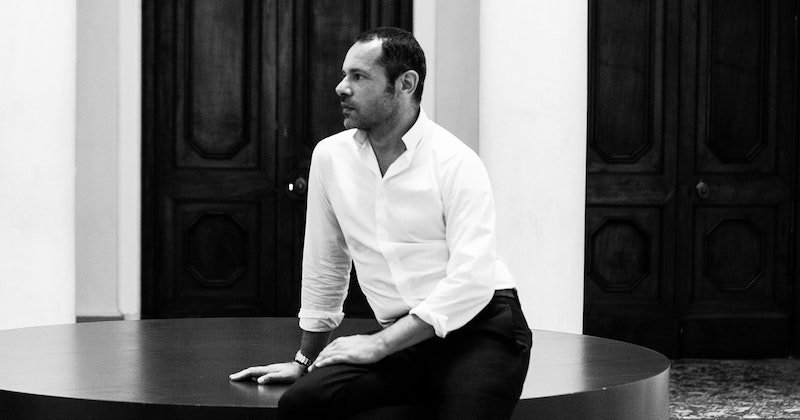 After graduating in Fashion Design at Polimoda in collaboration with the London College of Fashion, Massimiliano Giornetti began his career in Haute Couture in Rome alongside designer and Polimoda alumnus Anton Giulio Grande, starting in the Men’s division of Salvatore Ferragamo in July 2000 and subsequently taking over creative direction four years later. In 2010, he also took on the Women’s ready-to-wear collection, thus becoming the first Creative Director of Ferragamo and holding the role for sixteen years. Memorable moments include the first resort collection held at the residence of philanthropist and art collector Doris Duke and the 2013 fashion show at the Denon wing of the Louvre; the first time the French museum lent its space to a fashion show. In 2017, he also collaborated in the relaunch of iconic Chinese luxury brand Shanghai Tang. His arrival at Polimoda marks the inception of the important challenge of matching up with the new creatives of fashion.

Anywhere in the world with a wifi connection

DID YOU MISS IT?

Don’t worry, you can still watch the video lesson by clicking below