2018 will be the year of Barbara Sanchèz-Kane. Born in the folds of a multicultural environment, her American-Mexican roots put her and her namesake brand at the center of today’s socio-political dialogue. As a designer and artist, her anti-stereotyping approach challenges the status quo. The performative nature of her fashion shows channels strong messages across …

2018 will be the year of Barbara Sanchèz-Kane. Born in the folds of a multicultural environment, her American-Mexican roots put her and her namesake brand at the center of today’s socio-political dialogue.

As a designer and artist, her anti-stereotyping approach challenges the status quo. The performative nature of her fashion shows channels strong messages across a number of current topics, from sexism to capitalism and racial discrimination. Featuring a latino-only cast, her outspoken F/W 2018 collection wowed New York Fashion Week and set the tone for powerful constructive confrontation. Much has happened since Barbara’s graduation from Polimoda in 2014 – we caught up with her for a quick chat on all things Sanchèz-Kane.

How would you define your brand in three words?

Could you tell us what lead you to becoming a fashion designer?

I have this ingrained idea of making what moves inside the mind and dreams tangible. I am using fashion to make a visible statement in today’s world.

You completed your studies at Polimoda, what have been some of the highlights of your career since then?

Since graduation I have presented collections in Los Angeles (LAFW), Maastricht (FASHIONCLASH), Mexico (MBFWM) and 3 times in New York with VFiles and NYFW-Mens.

I have showcased performance and installation art at The Institute of Contemporary Art Los Angeles. I also landed my first styling job with the “H&M loves Madero” campaign to launch one of the company’s Mexican flagships. 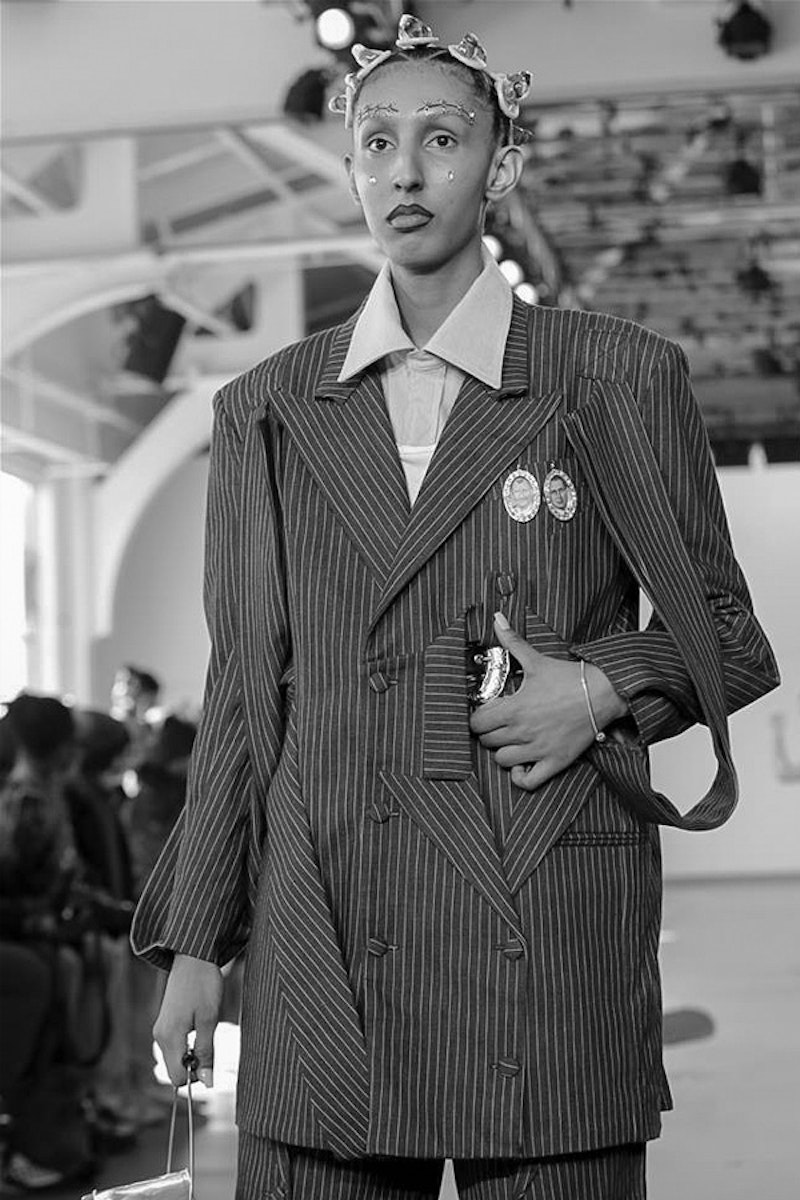 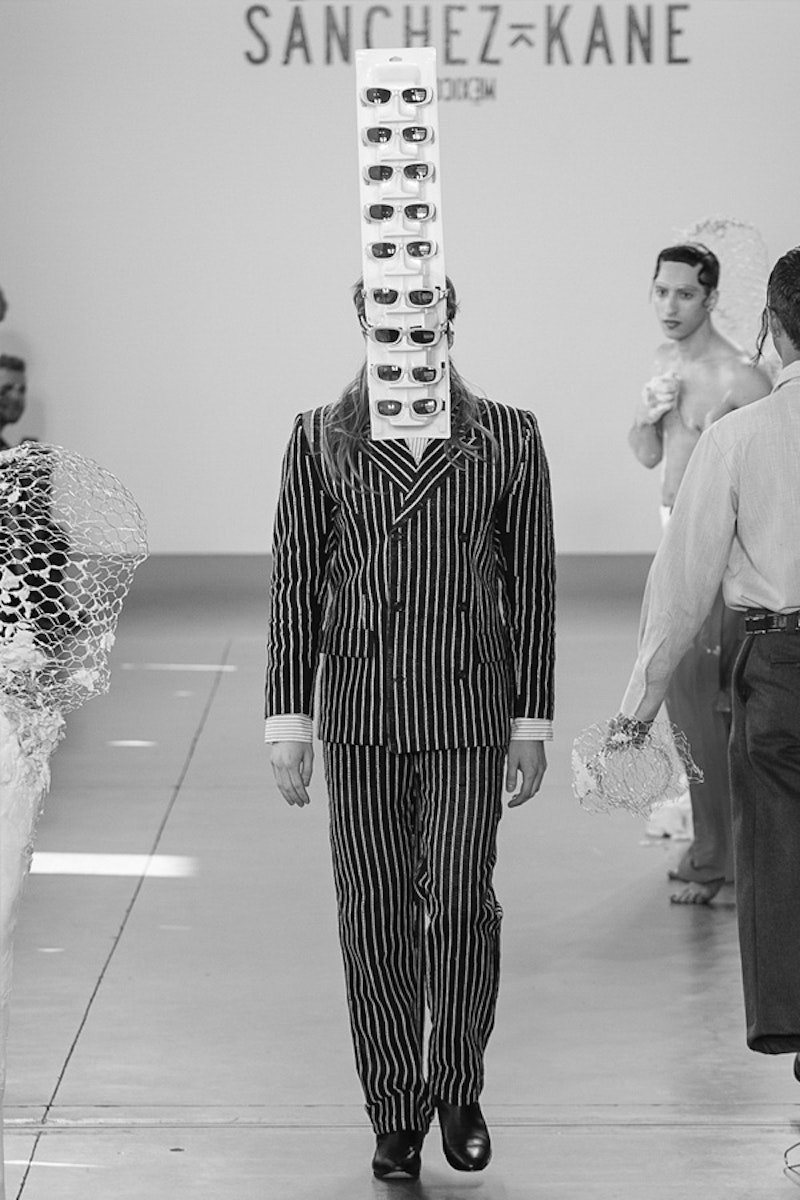 Director Danilo Venturi recalls late night skype calls giving you guidance and mentorship for your career. How has Polimoda helped you since graduating?

There is nothing glamorous about starting your own label. It comes with a lot of stress, not to mention the financial aspect, so the only thing you can do is believe in yourself and keep going. Danilo helped me keep all those demons at bay and made me question things from a different perspective.

You recently showed at NYFW. What was your experience of the event as a Mexican designer in America?

I had chills when singer-songwriter Juan Gabriel started playing at the end of the show. Almost all of the show’s cast were latinx. We aren’t bringing drugs, crime or rapists – we are bringing heritage and pride. 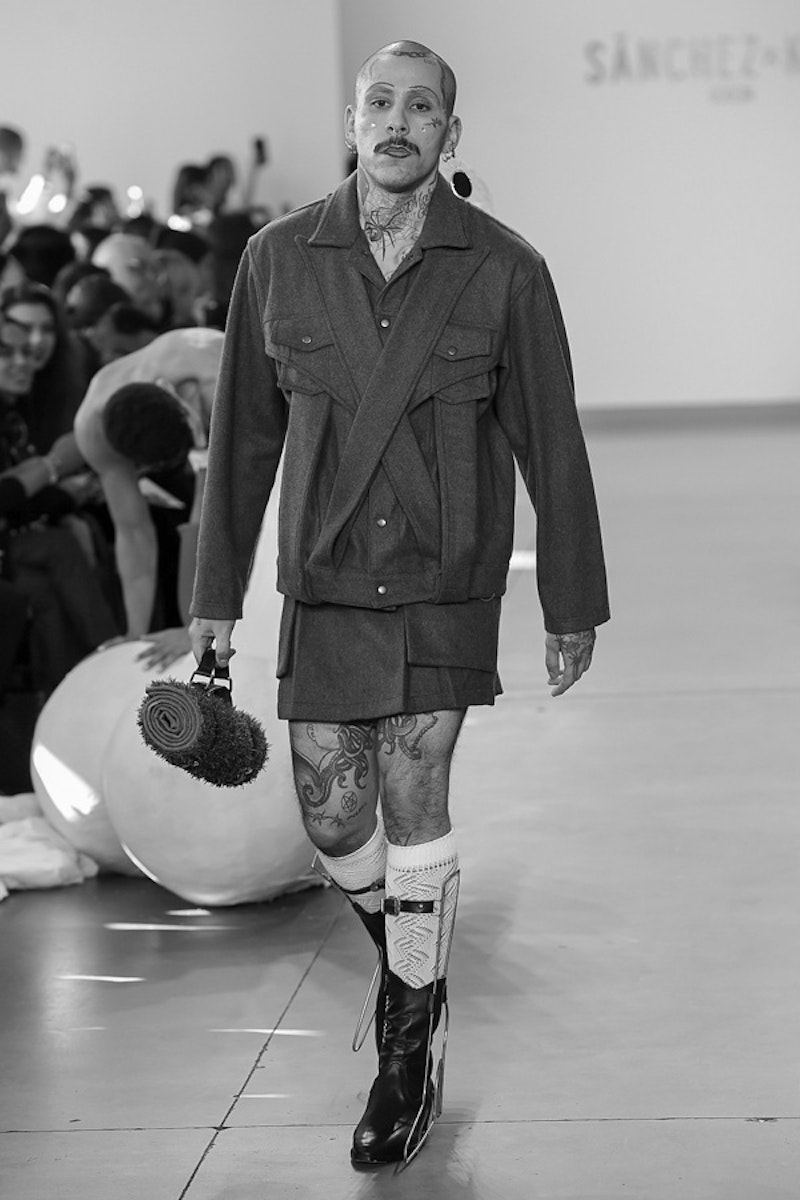 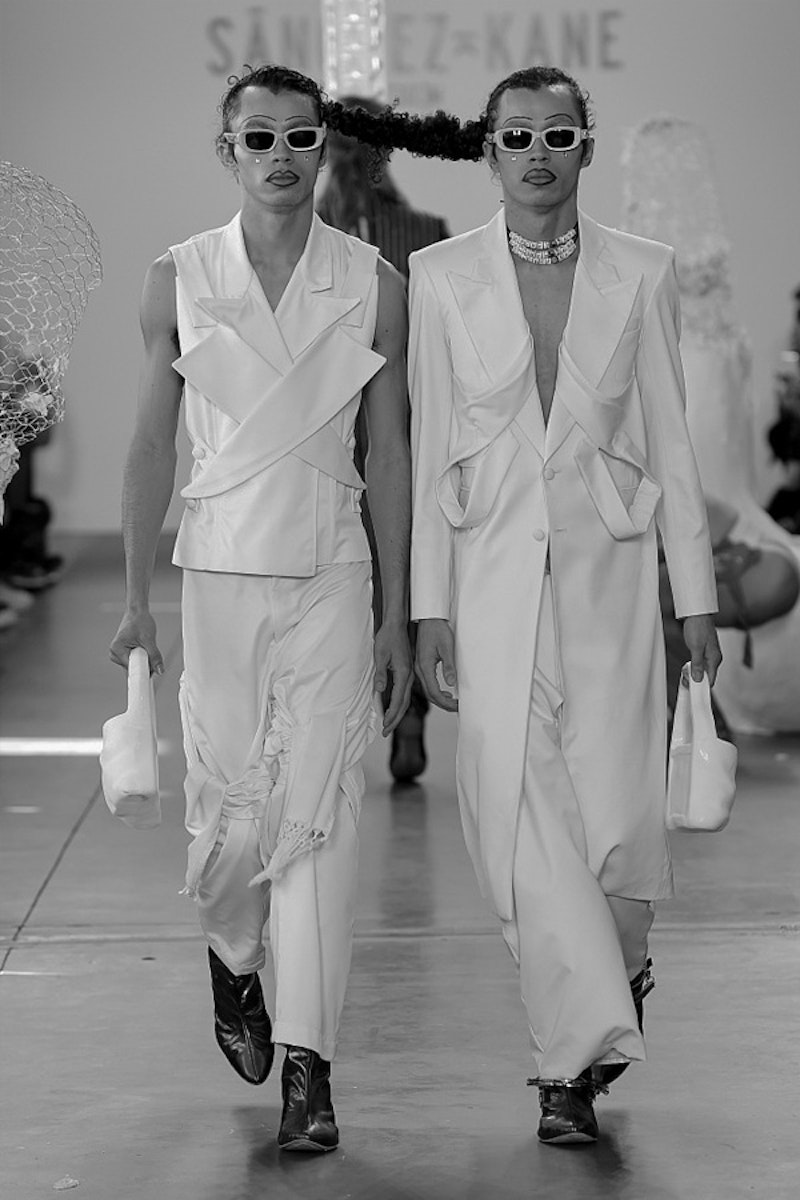 There is a strong influence of sexuality and politics in your work; in particular you refer to Citizen SÁNCHEZ-KANE, could you comment more on that?

It’s funny to talk sexuality in a women’s brain, as people immediately think SK is designed by a man. People should be aware that women can be in touch with their kinky sexual side too.
In my work, I feel the need to talk about what is happening in my life and what I have experienced growing up in Mexico.

As for Citizen SÁNCHEZ-KANE, that name actually came from a night out in Florence’s Santo Spirito square. Ever since the beginning, I felt the urge to instill a sense of “Mexicanismo” in my designs. The creative process has very much to do with what is happening in the world and in my life at the given moment. I tend to incorporate the natural rhythm of the chaotic present’s impact on our culture, underlining the footsteps represented in a space of moving statistics across countries. I question morality, justice and even destiny. I address the topic of migration and its movement of heart and bodies within a war-torn reality in the grip of power and abuse; for these are the driving forces of freedom. A dominating narrative is threatening our dreams, pushing us below the borderline, so I envision a panorama that revolves around those future dreams and the potential dialogue that wishes to flow without fear.

We see a lot of hate in the world – a lot of don’ts. We don’t need permission to create a world where all the misfits are welcome to join.

What are your views on the current state of fashion?

I sense more openness. Territorial anxiety does not seem to be an issue anymore.

What is the future of SÁNCHEZ-KANE?

SÁNCHEZ-KANE is all about finding truth’s hidden distortion or brokenness and shaping identity within a real or imaginary border that exists against or around us. 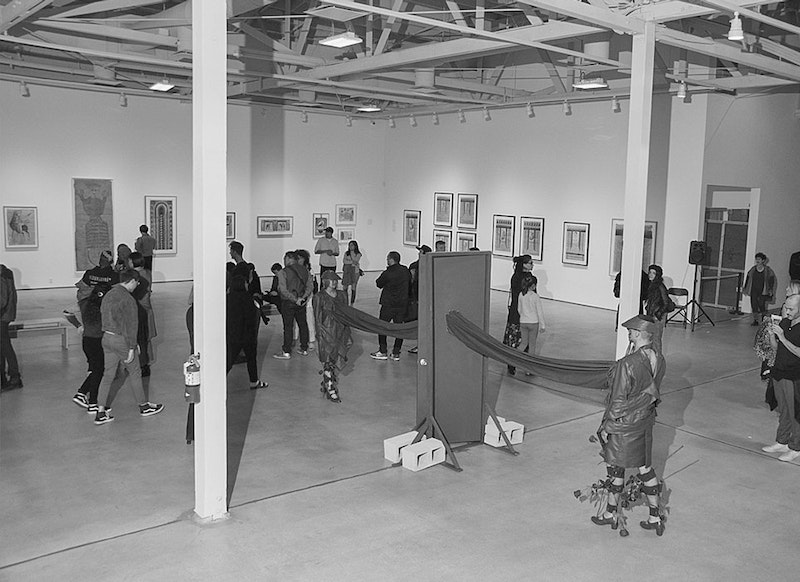 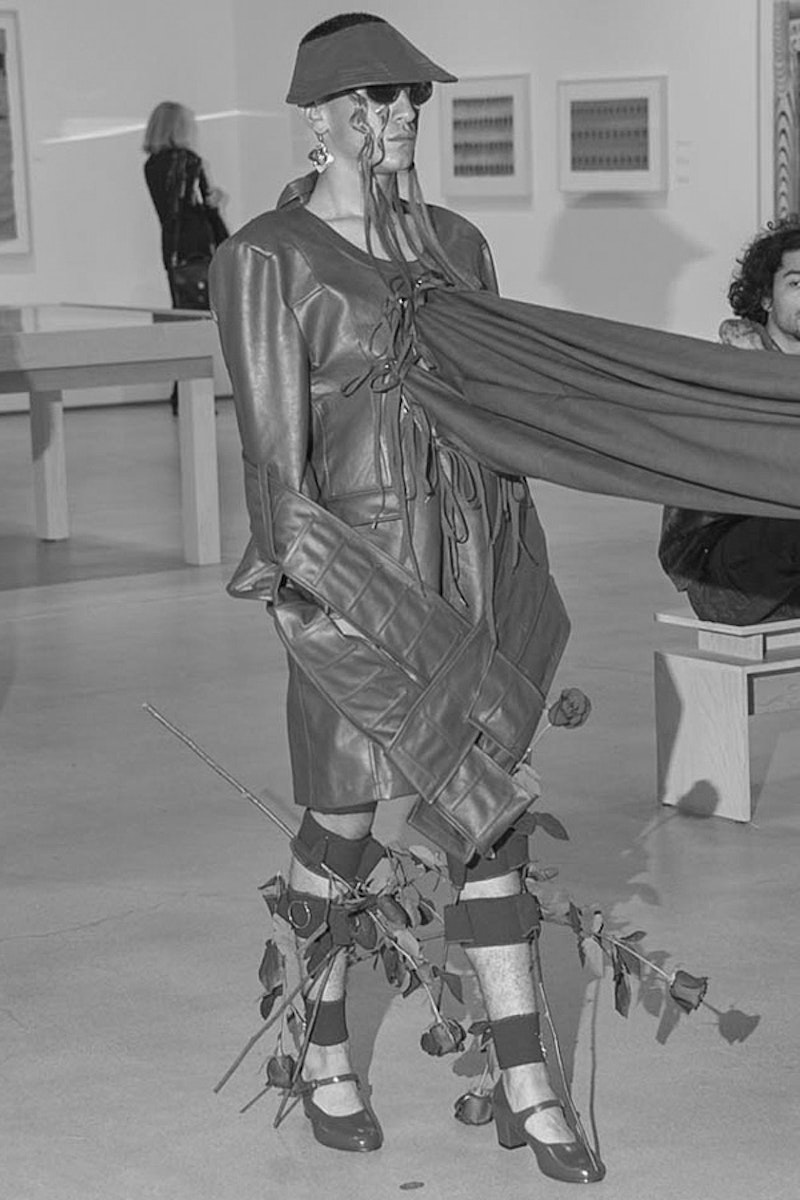 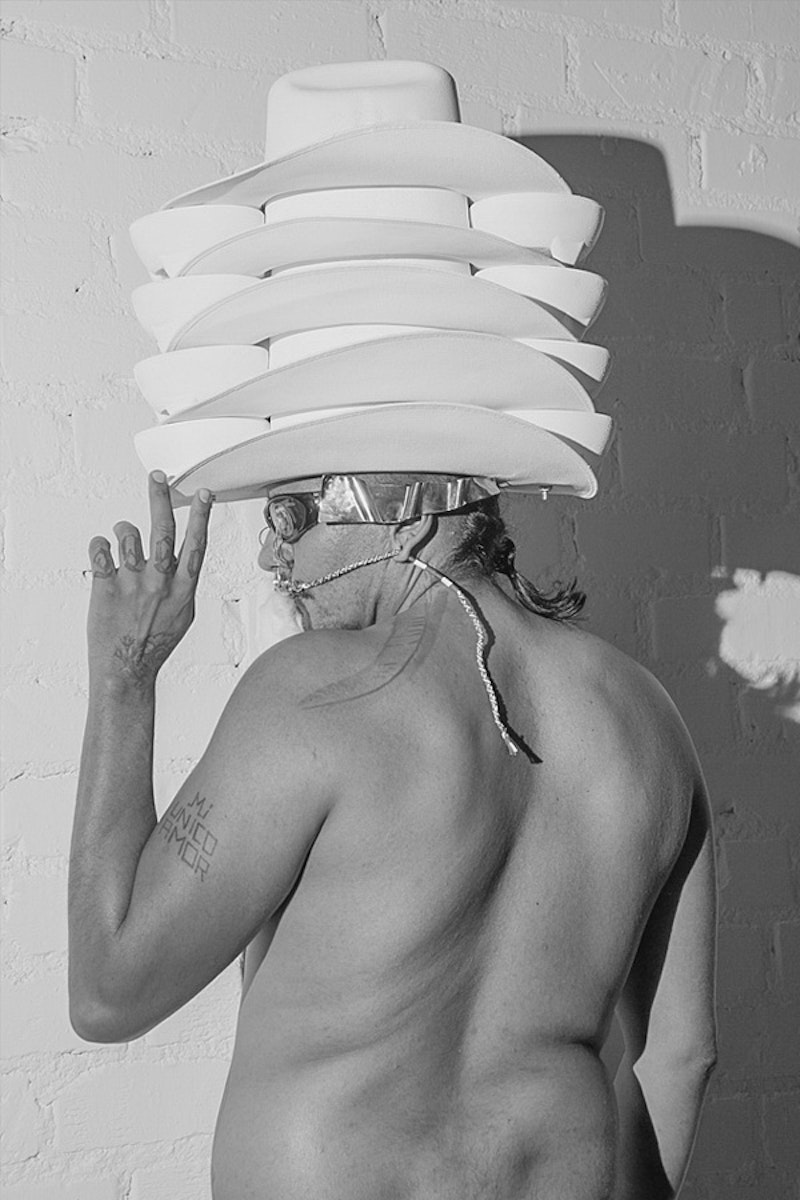