Aiming for the stars

On the evening of December 14 2017, Polimoda opened its gates to Florence’s international community to celebrate the institute’s historical ties with the United States. The event, evocatively titled Polimoda All Stars, consecrated a year rich in overseas collaborations such as the one with The Council of Fashion Designers of America. Polimoda Rendez-Vous with Jonathan …

On the evening of December 14 2017, Polimoda opened its gates to Florence’s international community to celebrate the institute’s historical ties with the United States.

The event, evocatively titled Polimoda All Stars, consecrated a year rich in overseas collaborations such as the one with The Council of Fashion Designers of America. 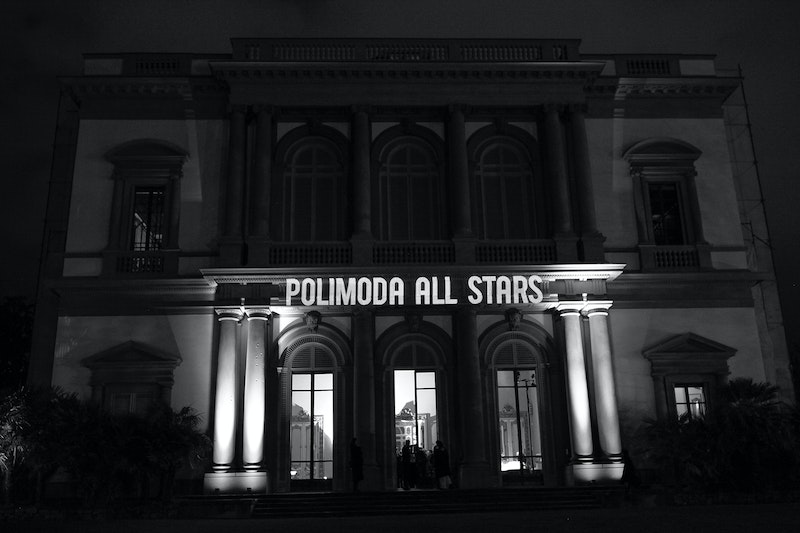 The first part of the event took place in the Aula Magna, with a special guest lecture titled Shrinking: Fashion given by FIT professor and designer Jonathan Kyle Farmer. Over the course of the intervention, he passionately explained his non-conventional views on fashion’s mental state and the unsustainable supply chain that, over the years, has hurled the very notion of creativity into the merciless meat grinder of fast production.

“Fashion has become so fashionable that it has lost its value. The dilution and abuse of the word have gone too far – we don’t need more stuff: we need more soul, because that’s what makes clothing fashion.” the English-born FIT professor stated. His slideshow panned across scenes of Alexander McQueen’s hauntingly iconic Voss Fashion Show, the eerie yet endearing Cottingley Fairies photographic series from the beginning of the 1900s, Joel-Peter Witkin’s freakish imagery, Agnes Richter’s embroidered straitjacket and the pieces of eccentric ‘outsider couture’ portrayed in Eric Smith’s 2006 short film Irene Williams – The Queen of Lincoln Road.

“It is through these people and their unique visionary minds that we find inspiration and the strength to cross the line. We need the freedom to be insane, to embrace our truth and be what we are. To quote Alexander McQueen, ‘fashion should be a form of escapism and not a form of imprisonment’. For it’s when you’re pushed to the limit that things go inevitably wrong.”

The audience swayed in an impromptu singalong of Malvina Reynold’s Little Boxes, a song rife with satirical undertones that still resonate to this day. According to Mr Farmer, the constant repetition and inbred duplication of concepts and styles have resulted in an identity-threatening vicious cycle that undermines the very principles of fashion and creativity. The room echoed with the words of Rob Siltanen’s To the Crazy Ones for Apple’s 1997 Think Different campaign: “And while some may see them as the crazy ones, we see genius. Because the people who are crazy enough to think they can change the world, are the ones who do”.

The designer is a natural problem solver, someone who thinks out of the box and supplies the very lifeblood for change. Truth is, you can change the world with fashion.

“Dior redefined the very silhouette of humankind and Chanel wrapped people in jersey. As designers, we make change through the narrative of fashion and clothing. So in order to solve this contemporary crisis, we must choose design over showmanship, quality over quantity. It shouldn’t be about making noise but creating something quiet and meaningful”. 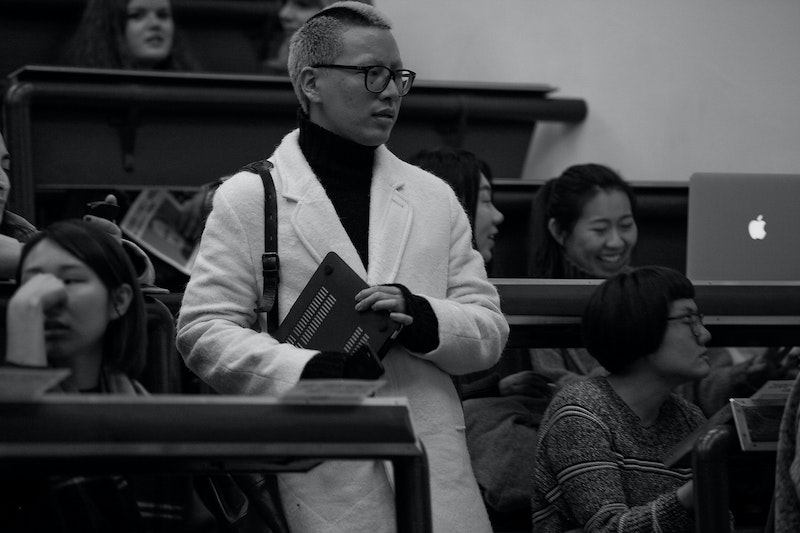 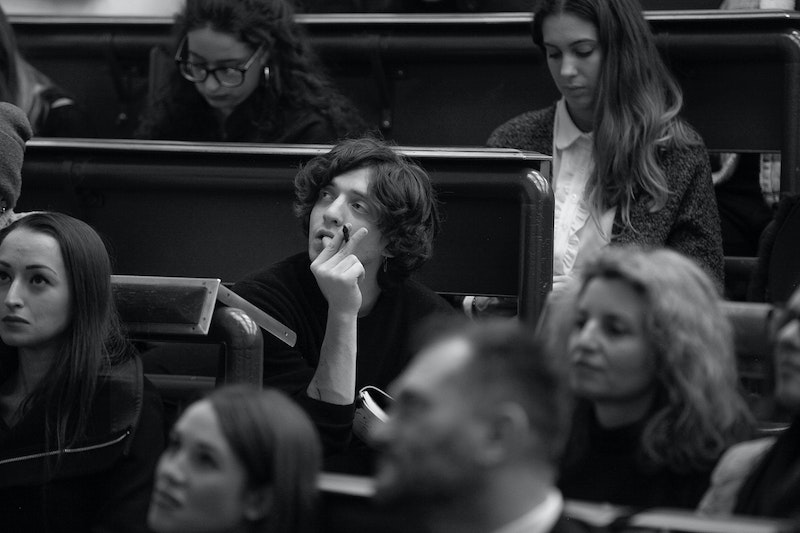 Prosecco flutes in hand, the illustrious members of Florence’s tight-knit American community began to fill the corridors of Villa Favard, eyes pointed upwards to admire the nineteenth century frescoed stucco ceilings. Tropical Animals resident Deejays Michael Byrne and Ricardo Baez supplied laidback beats to the tune of rare groove and soul. As the clock struck 6.30 pm, the audience huddled around the stage to listen to the welcome speech under the ballroom’s dimly lit chandeliers. 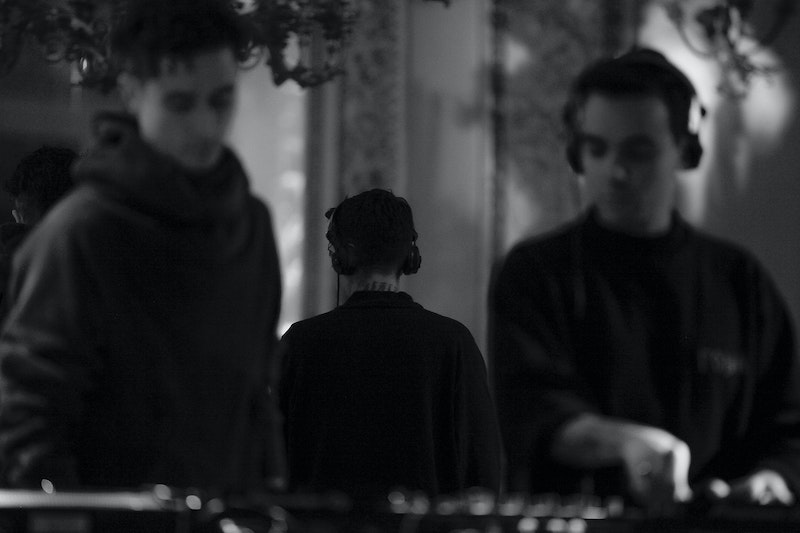 President Ferruccio Ferragamo was the first to address the audience “I am very grateful to be here. Being at Polimoda always puts me in a good mood; it must be because of all these young faces that represent the future. I see enthusiasm and I feel recharged by this atmosphere of fresh creativity. I am also very pleased to welcome you all and celebrate the relationship between Polimoda and the USA, to whom we owe a lot. Alongside other important institutional players, FIT was pivotal to the birth of our school. They taught us how to combine theory and practice, an approach that was quite innovative for its time. It was hard at the beginning but today we are a very large, proud family”. 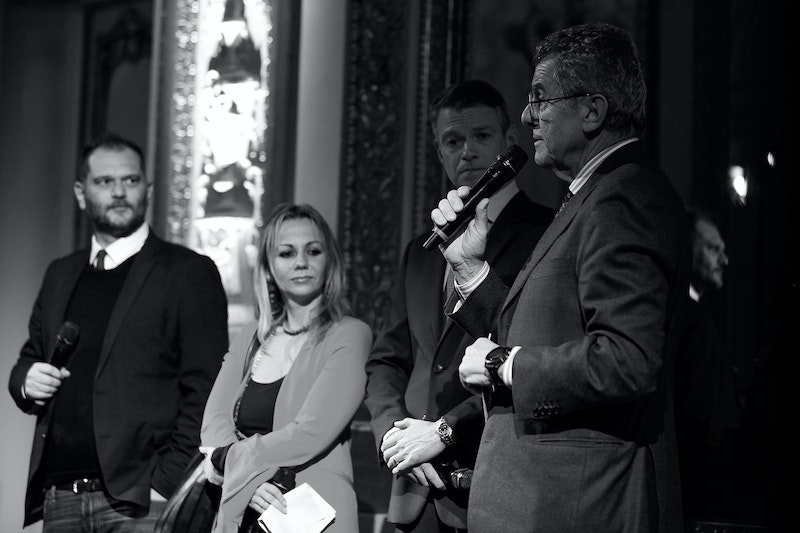 Standing in for Mayor Dario Nardella, the Councilor for Economic Development of the City of Florence Cecilia Del Re took the floor “I am honored to represent the Florentine administration in one of Europe’s most prestigious international fashion schools. I take this opportunity to publicly congratulate Polimoda on making the top ten in the 2017 BOF global fashion school rankings – excellent job indeed. In a city like Florence, with the highest number of American Universities in Italy, the international community has become an important part of our social fabric. Likewise, our fashion stylists – like Polimoda President Ferruccio Ferragamo – have left a lasting global mark. Tonight we are celebrating an important legacy that sees this school and its American network growing hand in hand. This is a source of pride for the administration of Florence; since creativity, dialogue and international cooperation are at the very core of our city’s history and economic activities. Our intent is follow and support you every step of the way, because somehow, directly or indirectly, we are all Polimoda People”.

Consul General of the United States of America in Florence Benjamin Wohlauer stood in front of the crowd, mic in hand. “I have to say I am a little bit intimidated” he smiled, “Bureaucrats, especially American bureaucrats, are not famous for being particularly fashionable or stylish. I hope you appreciate the risk I’m taking – I’ll be more than happy to get sartorial advice from you later on. It is really exciting to be here, especially with this leadership that is doing so much to strengthen the already quite strong ties between Polimoda and the United States – the recent agreement with CFDA a case in point. I think you know the long history of Polimoda and the US from the founding with FIT and Emilio Pucci who, aside from creating wonderful fashion that Americans love, earned two college degrees in the United States. Of course, there is no greater friend to the United States than the Ferragamo family. As you might already know, the consulate is just half a block apart from Polimoda – the two buildings were designed by Giuseppe Poggi, a true visionary who set out to create a new idea of Florence as a modern, capital city. He was radical in his architectural vision and faced a lot of opposition so I think that it is very appropriate that this Villa has now become the center for creative thinking and ideas that are hopefully going to push against the conventional wisdom. I believe Giuseppe Poggi would be quite pleased to know that you are here. The relationship between the US and Tuscany runs incredibly deep so I really applaud Polimoda for organizing this event tonight and opening its doors to give back to Florence’s community”.

Last but not least, Director Danilo Venturi moved into the spotlight “If I get emotional crank up the volume. In the beginning, when we decided to plan this event, we realized that our community of Polimoda People and friends is expanding by the year. In today’s chaotic world, sometimes we lose track of what is important, so this evening we are here to see a wider picture, to refocus on what really matters and concentrate on our values. This approach applies to fashion but also to life, because in the end we are here to teach our students how to grow and become themselves. To defend the values we hold dear – those of friendship, love and passion for what we do – we have to know who we are, who our friends are and what we stand for. Thank you all for being here. And now, let’s party!”. 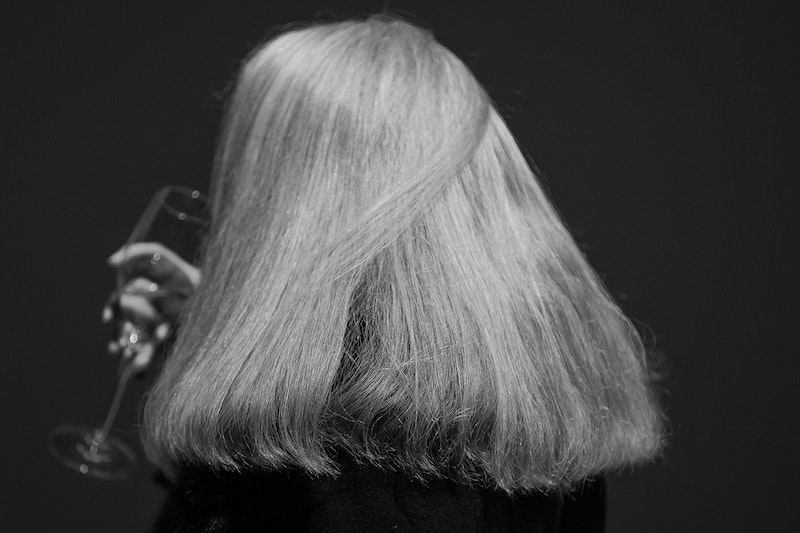 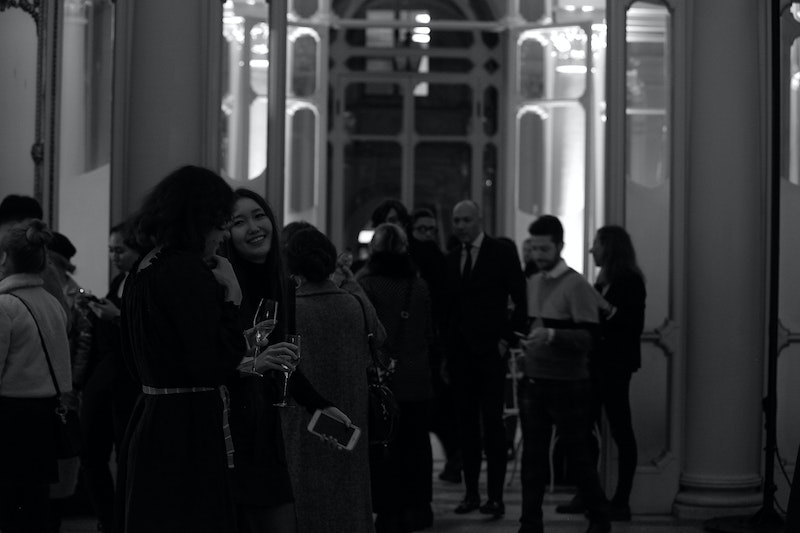 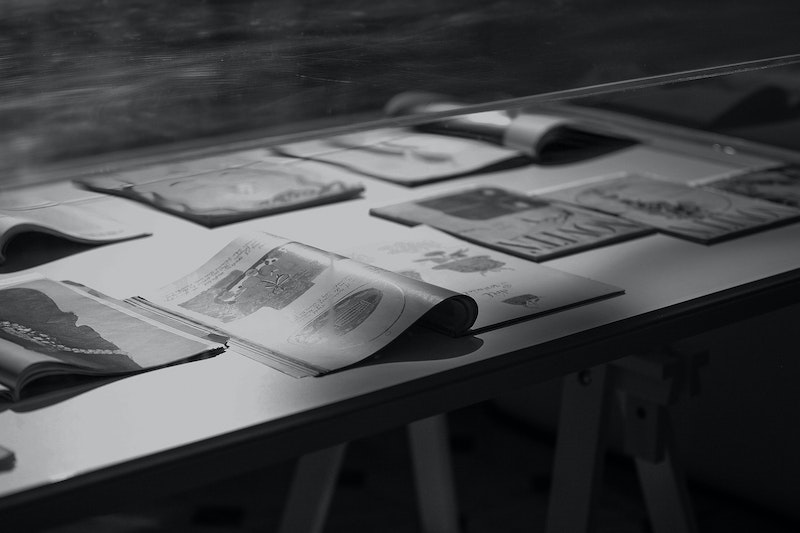