A Chimera on the runway

Amsterdam-based company MOAM first emerged in 2012 as a creative platform for young designers. Initially conceived by Martijn Nekoui as part of his graduation project, it soon became a more complex and long-standing venture that quickly evolved into a reference point for the Dutch fashion community. Amidst a flurry of fashion collaborations, talks, creative catwalks …

Amsterdam-based company MOAM first emerged in 2012 as a creative platform for young designers. Initially conceived by Martijn Nekoui as part of his graduation project, it soon became a more complex and long-standing venture that quickly evolved into a reference point for the Dutch fashion community.

Amidst a flurry of fashion collaborations, talks, creative catwalks and pop-up exhibitions; the core of Nekoui’s project is the MOAM Collective, an annual incubator where a group of carefully sought-out young designers is brought together to create a limited edition haute couture collection. Under the careful supervision of coaches and professionals from the industry, it is also meant to be an in-depth master-class in fashion. 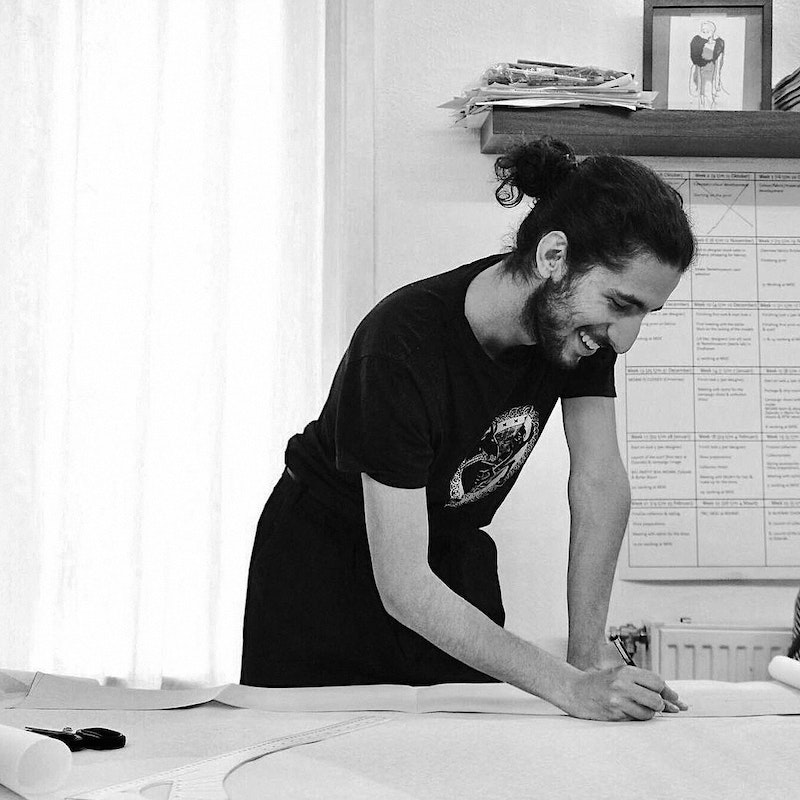 Powered by Zalando, over the course of 6 months the creative group designed a collection of 25 looks that will shortly be available for purchase on the e-commerce colussus’ online stores. The collective was granted space, supplies and unlimited creative freedom. Each pinnacle moment was caught on film – as the whole experience was the subject of an episodic documentary by Vogue Nederland – even the final runway show that took place on March 8th 2018 in front of an international crowd of fashion journalists, critics and influencers. Now that the project has wrapped up, we caught up with Maximiliano to gain some insight on this unique experience. 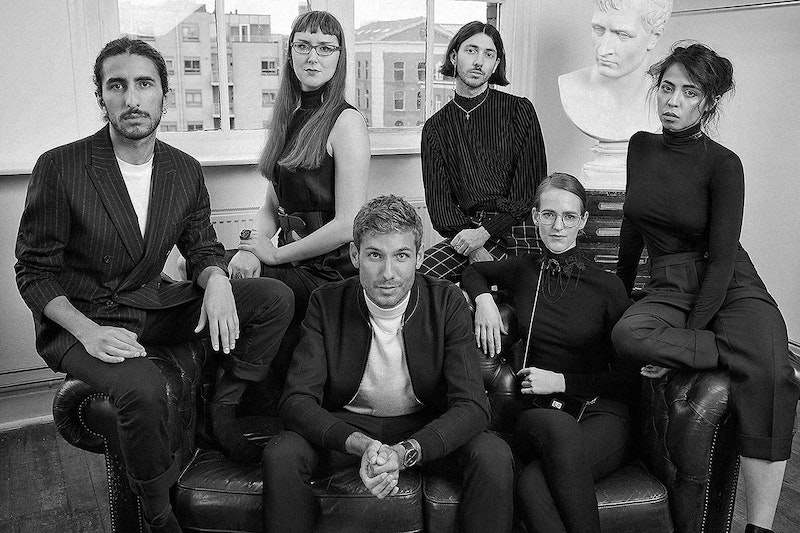 So let’s start from the beginning – how did this adventure start off and how did you feel when you first learned that you had been selected?

Everything was very unexpected. MOAM scouts all the designers that they choose for the collective. They watched all the shows from the major schools and looked up who was interesting for them, and then decided to contact the ones they liked. Also, a previous professor of mine recommended me, which was amazing. I was very happy and excited when they told me they wanted me to be part of the experience!

Being part of the MOAM international collective required massive teamwork – how did this affect you and your work and do you think that Polimoda had prepared you for such a task?

The fact that we had to work in a team was possibly one of the hardest parts of the project, but I learned a lot from it. When you’re in school everything is so individual and you are just developing who you are and what you want to tell to the world. Here there were 5 egos trying to say something. It was a challenge, but I felt that I had skills to make it work. Having done group projects in my 3rd year at Polimoda helped me a lot to understand how to work in a team and what you need to do to make your ideas come to life.

MOAM gave you the unique opportunity to meet and work with important figures from Europe’s fashion world. Which experience struck you the most and would you say that these encounters will influence your future production?

One of the highlights of the project was definitely that. I never expected that such respected figures in the industry would ever coach me and give me some of their knowledge! All of them were truly inspirational. With some people like Lucas Ossendrijver from Lanvin, we had fittings that really gave us insight on how it is to develop collections in a company. With some others like Stephen Jones, he shared life stories, knowledge, inspiration. Every single one of them was incredibly useful, and definitely left a mark in the way I see how fashion works and what it can be. 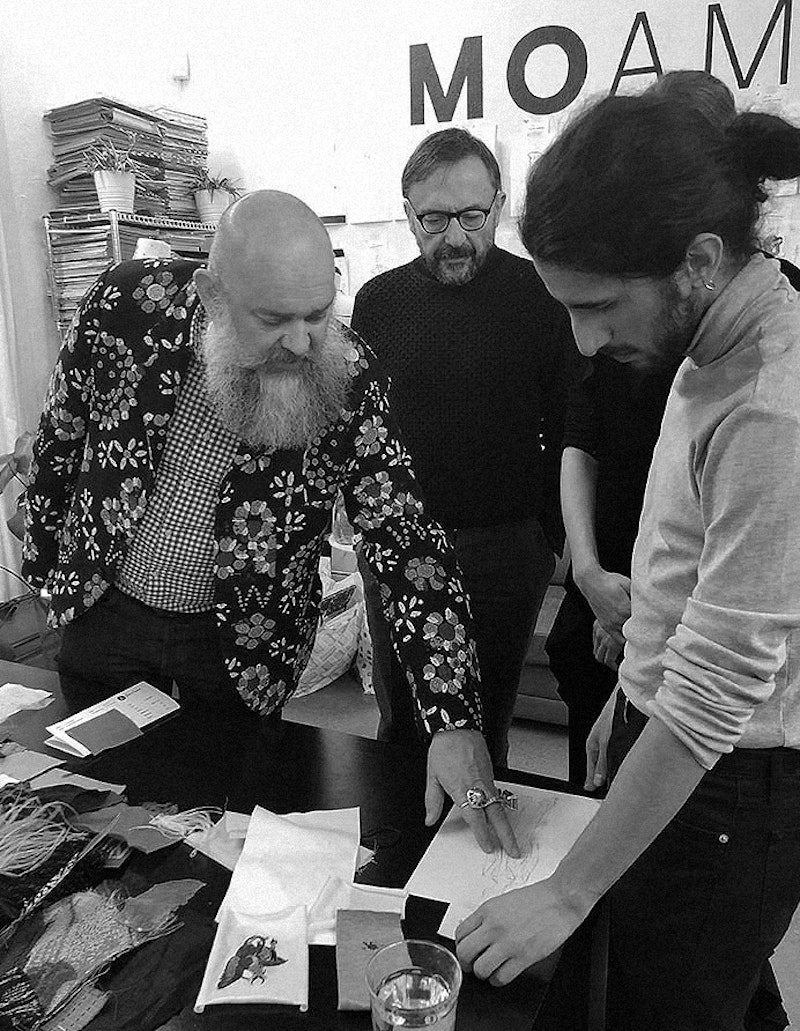 Did you enjoy being in the media eye and having the crew of Vogue Nederlands filming and documenting your everyday at MOAM?

That’s something that took some time to get used to. At first it was strange, doing photoshoots and being on the other side of the camera. Being filmed constantly and doing interviews was something I had never experienced before, but it’s always great to see the result on video, and see yourself from a completely different perspective.

Tell us a bit about the creative process and concepts behind the collection and what Zalando, the main partner of the project, plans on doing to usher it into the world.

At first, we all started giving input on what we wanted the collection to look like. Thankfully, we all had a very similar style, so that wasn’t the hardest part. We did collages, sketches, and we saw what was the thread in common. The idea of a chimera, a creature made of different animal parts, struck us, and we thought that was a great way to represent what we were as a collective. One of the most exciting parts of the project was working with an atelier, something you don’t experience at school. Collaborating with tailors and pattern makers to produce a collection is challenging but also extremely rewarding. Also making our own textiles in a Textile laboratory was something that as a student you can’t really do, but it completely changes your perspective of the possibilities textiles have. Zalando has some commercial items already on sale, from the scarf with the print that we developed, to some other simpler garments with some details referencing the chimeras. 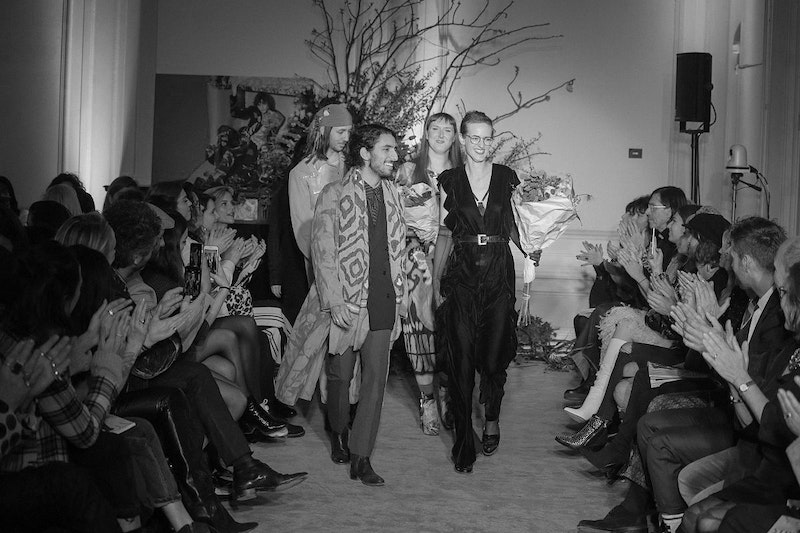 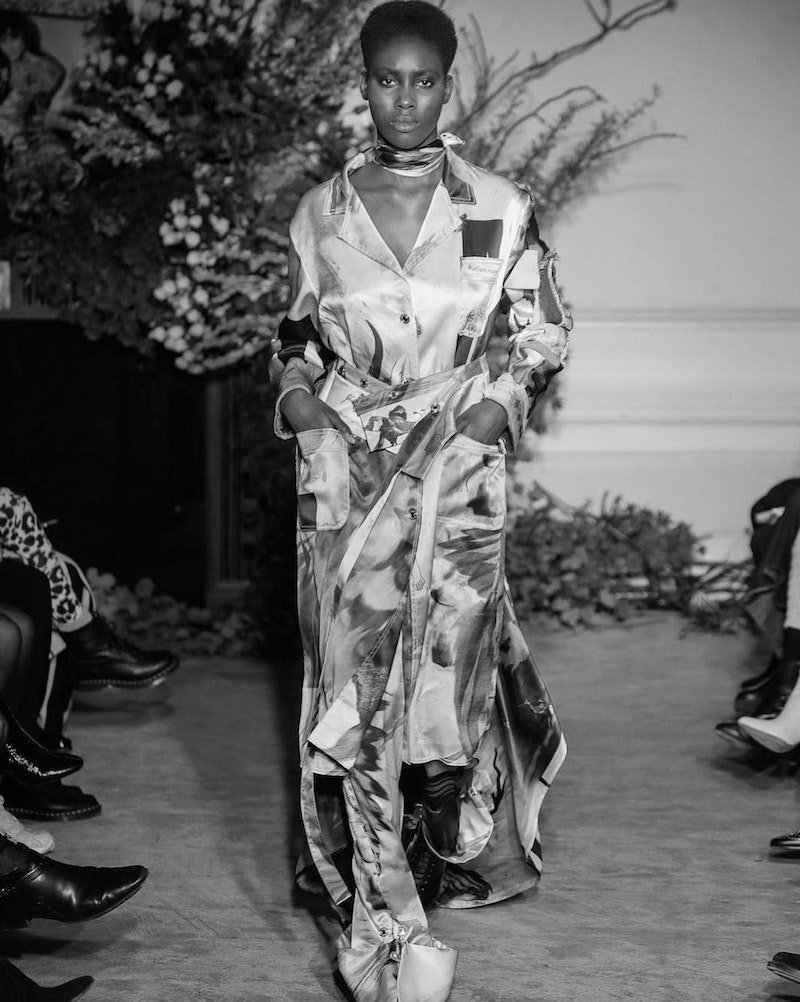 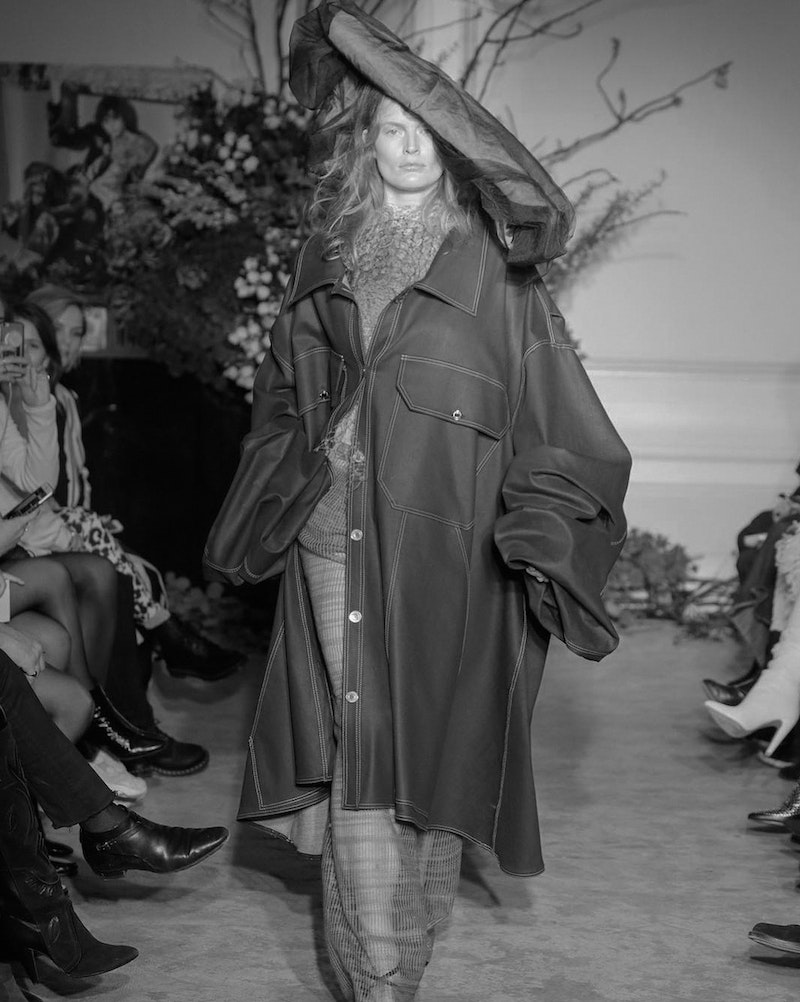 Do you think you will further collaborate with your teammates or would you like to create another collective experience? What are your plans now that the experience has come to an end?

We all had different ideas of what we wanted to do after the collective, so we decided to part ways, but who knows, maybe in the future we might end up doing some other projects together. Starting another collective could be very interesting. It is a very challenging way of pushing yourself to do new things, but it also gives you the chance to exchange knowledge with the people you’re working with. I’m still deciding what is the next step for the future, I still want to get more experience in the industry, so working in another company is definitely on top of my list.